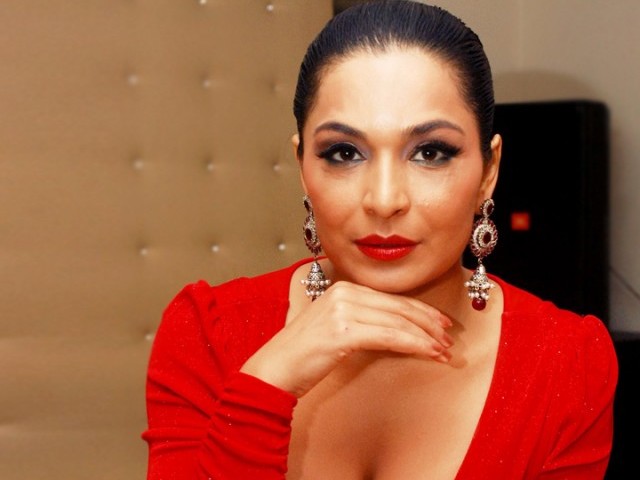 Pakistani actress Meera poses during the promotion of a film. PHOTO: AFP/FILE

Lollywood star Meera caused a stir when a marriage certificate obtained by the media revealed the actor has been married to Pakistani-American airline captain Naveed Pervaiz for over two months now, Express News reported on Wednesday.

Meera had announced her engagement with Captain Naveed, but did not mention a wedding.

Express News obtained a copy of the marriage certificate — disclosed by Meera’s alleged father-in-law — which cites her as having wed Captain Naveed on October 31, 2013, in New York.

The marriage certificate identifies the groom as “Naveed Perveez” and the bride as “Irtaza Rubab” (understood to be Meera’s real name). The groom’s family said the plan was to hold off public announcement of the wedding until 2014, when both parties would host a proper wedding ceremony complete with festivities.

The bride, however, denied news of the ‘nikkah‘ released today, and told Express News that she was completely focused on her hospital for now.

Meera has said in the past that people are intent on maligning her unnecessarily to disturb and distract her from her efforts for building a charity hospital, which is intended to provide free cardio services to the impoverished people of Haroonabad.