Album review: Loved Me Back to Life - old meets bold

Album review: Loved Me Back to Life - old meets bold 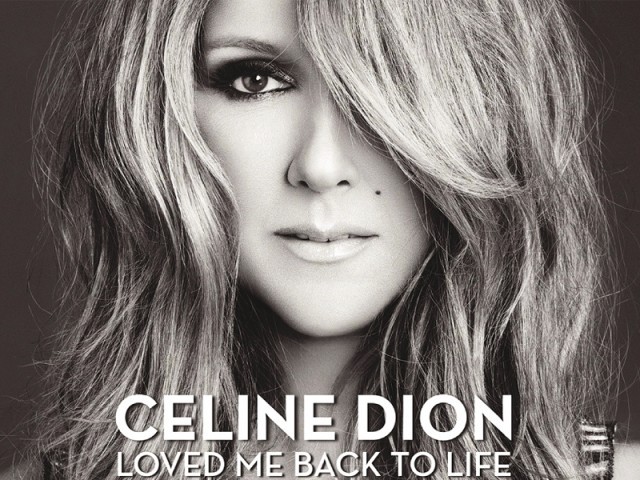 Dion adopts a more youthful and contemporary approach in her new album and succeeds.

After a six-year absence, Canadian pop singer, Celine Dion is back with a youthful approach in her new album, Loved Me Back to Life. The songs are raw, edgy and modern with buzz centered on eclectic collaborations with Ne-Yo, Sia, Eg White and others.

The pop-icon best known for her powerful and soaring vocals downshifts into a contemporary voice, one that is not immediately recognisable as Dion. Although, she pushes into riskier territory, competing with contemporary artists, the album is as powerful as ever.

The songs are current, classy and still play to her strength of having one of the best voices to date. The lead single Loved Me Back To Life, written and produced by Sia, is the most drastic departure from Dion’s trademark sound making it a fitting and questionable choice at the same time. It’s a song that requires multiple listens, making the collaboration duet with Ne-Yo, Incredible a better choice for a lead single. Incredible lives up to its title and is the catchiest tune of the album. It is contemporary and radio-friendly opening up an entirely new fan base while also appealing to those who love Dion’s traditional ballad style. The song is a mix of both worlds — pop and R’nB with Ne Yo’s soulful humming perfectly counterbalancing Dion’s varying and bold vocals.

Another highlight of the album is Water And A Flame, inspired by Daniel Merriweather and teamed with Eg White. The song takes Dion down an entirely different path. The vocals, strings and soulful retro make it sound like a song by Adele but work in favour of Dion, making it one of the top songs of the album and a style she should repeat in her future albums. However, Dion does not disappoint with mixes of her original style as well. Somebody loves somebody is an aggressive and addictive song true to Dion’s pop style of the 90s, a treat and throwback for her old fan base. Although, there are odd beeps in the song, the vocal breakdown is tremendous.

Unfinished songs, the round-up of the album is also reminiscent of Dion’s traditional tune with her voice echoing repercussions of inspiration and happiness to match the lyrics of the song. This song, however, sounds a little out of place in an album that reinvents and tries to change her public perception.

You loved me back to life  is an album that will stay with you as another hit, simply because of Dion’s genuine ability to be honest with her fans, especially through lyrics about the challenges of stardom and finding love. Her collaborations show that she is able to be current in today’s music scene while also remaining true to her traditional style that we know and love. The songs aren’t overwhelmed with her powerful voice in the album and are livelier, conveying their messages clearly while being catchy. Dion’s comeback has once again proven that she can do anything with her voice.

Celine Dion’s album Loved Me Back to Life was originally titled Water and a Flame, after the track in the album, written by Daniel Merriweather along with Eg White and first performed by Merriweather and Adele. However, when Dion played a recording of her song in an interview in April 2013, musician Samantha Ronson, a friend of Merriweather (and whose brother, Mark Ronson, produced the original version), wrote a blog post that included the video of the interview and asked her to give credit to the writer of the song. In June, Merriweather linked to Ronson’s post criticised Dion asking for credits for his work. In response, Dion’s management claimed that while Dion often does not mention the writers of her songs, she has always been very open about the fact that she doesn’t write them herself and that all of the writers and producers were always credited on the liner notes. Despite this, on 25 July 2013, her website confirmed that the album was re-titled to Loved Me Back to Life.

Katherine Tria Kehoe is a writer from Toronto, Canada. She majored in professional and creative writing with a specialisation in book publishing.