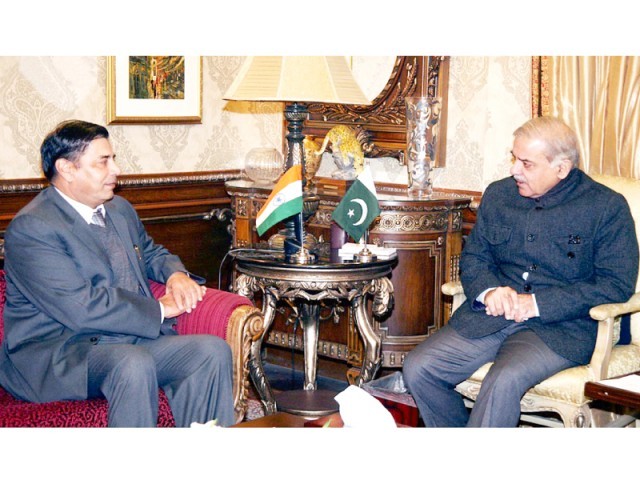 Punjab Chief Minister Shahbaz Sharif and Indian High Commissioner TCA Raghwan have decided to devise a roadmap to explore opportunities of bilateral trade between Pakistan and India, The Express Tribune has learnt.

The two officials, who met on Monday, agreed that facilitating investors from both sides was a priority and that two high-level delegations of the Punjab government will visit India to explore trade opportunities this week.

Although the brief official handout did not give details of the meeting, sources said the modalities of expediting efforts of the business community were on top of the agenda.

Dr Farrukah Javed, while talking with The Express Tribune, said that he will lead the delegation to seek India’s technological expertise in biomass projects, visit sites in order to introduce the technology in Punjab and sign contracts in India.

He said that his government had signed a Memorandum of Understanding to construct a biomass project that will generate 15 megawatts (MW) of electricity.

A second delegation will also accompany Javed and interact with their Indian counterparts in hydroelectric projects.

People privy to the meeting said that the Punjab chief minister and the Indian high commissioner agreed to extend their relations from collaborative expertise to trade and investment sectors.

Planning and Development Chairman Irfan Elahi and PIB VC Syed Maratib Ali will interact with the commerce ministry to devise mechanism on trade relations, sources said, adding that the meeting was a follow-up of Punjab chief minister’s earlier meeting with the Indian prime minister.