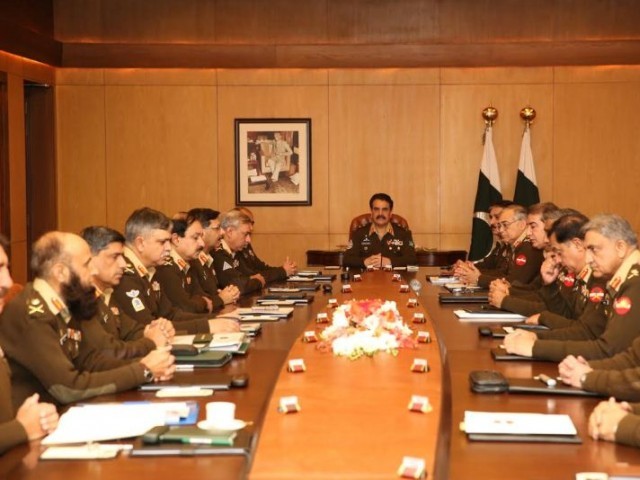 RAWALPINDI: A day after a suicide bomber rammed his explosive laden vehicle into a bus carrying pilgrims, killing at least three people and injuring a score others, army commanders met in Rawalpindi to discuss matters pertaining to the security situation of the country, reported Radio Pakistan.

The 168th Corps Commanders’ Conference was held at General Headquarters in Rawalpindi on Thursday with Chief of Army Staff General Raheel Sharif heading the meeting.

The meeting follows on the heels of premier Nawaz Sharif’s meeting with Jamiat Ulema Islam-S chief Maulana Samiul Haq in a bid to restart peace talks with the Taliban.

The meeting coincides with former president and ex-army chief General Pervez Muhsarraf’s appearance before a special tribunal set up to try him.

If cable is to continue, PEMRA must end ‘tyrannical’ tax immediately, appeals APCOA