Video address: Complaint made against Musharraf

Video address: Complaint made against Musharraf 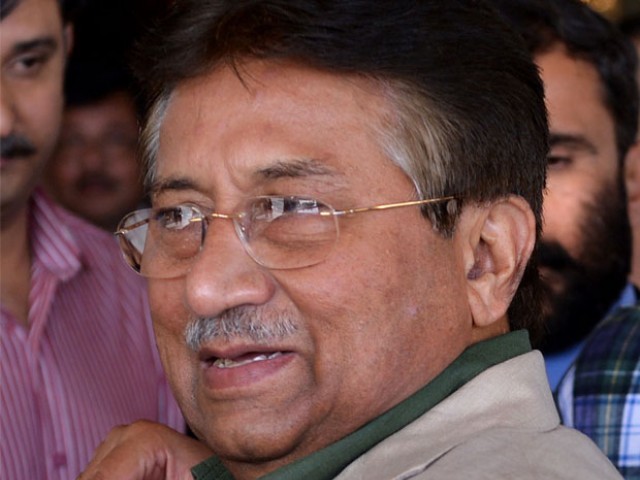 The Islamabad Secretariat Police received an application on Wednesday for registration of a case against former president Pervez Musharraf. The application said Musharraf was trying to “seduce” members of the armed forces against the federal government by speaking on TV and at public forums about cases against him, according to police.

The application submitted by Lt-Col (retd) Inamur Rahim mentioned Musharraf’s speech, via videolink, to ex-servicemen at the Pakistan-First Forum at a hotel on Tuesday, police said.

In the application, Rahim requested that police register a case against Musharraf, Lt-Gen (retd) Javed Alam and 70-80 accomplices who, Rahim thinks, helped organise the forum.

The complaint also alleged that Alam was leading a campaign to win sympathies for Musharraf from serving members of the Pakistan Army and others.

The complaint mentioned that serving army officers swear an oath of allegiance to the country, which, according to complainant, Rahim, includes obeying commands of, and remaining loyal to, the federal government.

Rahim requested police to register complaints against the accused named in the application under section 131 of the Pakistan Penal Code. Section 131 deals with the offence of “abetting mutiny, or attempting to seduce a soldier, sailor or airman from his duty.”

The Secretariat Police Station had not registered a case based on the complaint till the filing of this report.

Superintendent Police (City) Mustansar Feroze told The Express Tribune that police is going to seek advice from the legal branch on how to proceed on the complaint. .