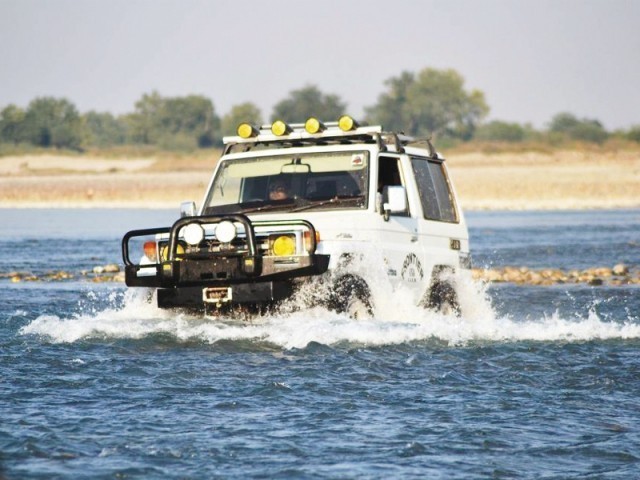 PESHAWAR: Deputy Commissioner Swabi has banned the annual 4×4 water cross event scheduled to be held in the River Indus at Swabi on Sunday because of security concerns, inviting widespread criticism from jeep enthusiasts in the province.

The event was organised by Frontier 4X4 Club in collaboration with Sarhad Tourism Corporation, Islamabad Jeep Club as well as Quetta Jeep club and other adventure clubs across the country.

Talking to The Express Tribune, DC Swabi Kamran Khan said that because of security concerns and intelligence reports that terrorists could strike at public places, they had imposed Section 144 prohibiting the gathering of more than five people in one place and they were not going to take any risk in this regard.

The president of Frontier 4×4 Club Babar Khan, however, hit out at the decision, saying that it would not portray a good message to the guests who were about to arrive in the city from across the country.

“The event was going to take place away from the public places as we had selected a challenging terrain for the off road vehicles and there was no chances of terrorist attack at all,” he argued, adding that they have silently been holding the event for the past four years when the security situation was far more worse in the province and country.

“Our mission is to provide a day off the worries and tension of life to the people of Peshawar and province who are already tense due to the law and order situation in the country and that is why we think that more and more such events be organised in the face of lawlessness,” he said.