Fear and panic have grippe­d the town becaus­e of the killin­gs.
By Shabbir Mir
Published: December 18, 2013
Tweet Email 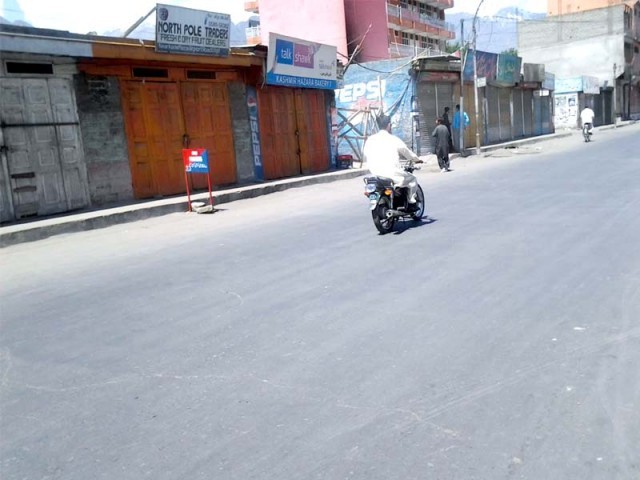 GILGIT: Mobile services were suspended in Gilgit early Wednesday morning after the death toll from incidents of violence reached three.

Fear and panic have gripped the area since Monday because of the killings.

The residents of the area are also facing trouble with accessing internet, however, no government official could be reached for confirmation due to communication problems.

Deputy Commissioner Shahbaz Tahir told The Express Tribune that security forces are working on a plan to curb violence and the suspension of mobile services is a part of it.

The official did not disclose details of the plan.

Tahir said the authorities are taking action against the trouble makers and that the writ of the government will be restored in the area.