I never understood the ‘feminist types’

I never understood the ‘feminist types’

While we may not all be fair-skinne­d, our bodies and nerves are defini­tely frail and fragil­e.
By Rumana Husain
Published: December 14, 2013
Tweet Email 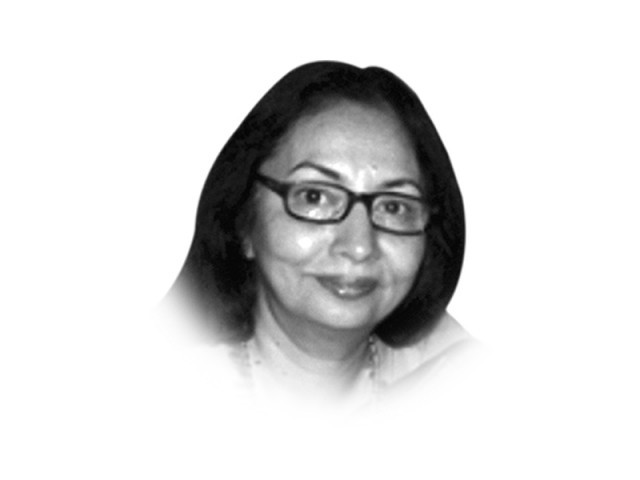 The writer is author of the book Karachiwala: a subcontinent within a city and co-founder of NuktaArt, a biannual art magazine

I have never quite understood the feminists and the ‘feminist types’ who have been bantering about gender-based injustices such as inadequate pay scales and professional iniquity: improper male behaviour at home, on the streets, in public transport, educational institutions and workplaces. If we are the stay-at-home types, then we should be seen (working, of course) and not heard. If, however, we are the ‘outgoing’ types (pun on ‘out’ unintended), why are we out and about in the first place?

Time and again we have been told to stay indoors, give up any notions of working outdoors or worse, of educating ourselves. But we are thick-skinned and brain-dead. We refuse to listen and understand and when we are harassed, we complain. When they blow up our schools in sheer frustration, as we leave them no choice, we protest and whimper.

We women want to bake our own cakes and eat them too. A woman’s basic duty is widely understood to be cooking, baking, steaming or sewing but, in many cultures, she must first feed the food she cooks to the men of the family and partake only of what is leftover.

We women have eternally been fond of presenting ourselves as victims. However, try and attach our gender as a prefix and we don’t like it. We are queer, very queer. And I am not speaking about the third gender, which only inhabit the lands of the non-believers.

We women have been continuously complaining about patriarchal societies where men run not only their own affairs but all our affairs (and ‘have affairs’ too), failing to understand that this is perhaps for our own good. After all, why can’t we appreciate that they want to protect us? We are not called the ‘fairer sex’ without good reason: while we may not all be fair-skinned, our bodies and nerves are definitely frail and fragile. Therefore, for good measure, we are given another, more befitting title — the ‘weaker sex’.

Each of us women in our right mind knows that, even as children, boys are considered natural leaders as they are more confident, dominant and assertive, while girls are not. There may be those girls who are aggressive and can hold their own among the boys, but then they are branded as tomboys, implicitly undermining their ability and will to lead.

Forget about the small number of women CEOs around the world; a few hundred women parliamentarians or a handful of women heads of state, a few million teachers, doctors, lawyers, engineers, architects, sportswomen, military officers… also paratroopers! These numbers hardly matter in a world population of seven billion. What does it prove?

That We women, notwithstanding a small number of exceptions, were made for and are naturally suited to fulfil roles like those of a nurse, a cook, a seamstress, a washerwoman, all of which can (or must) be taken up within the secure boundaries of the house. And leave the world outside to be run by men, as disastrously as can be seen all around us! Really?