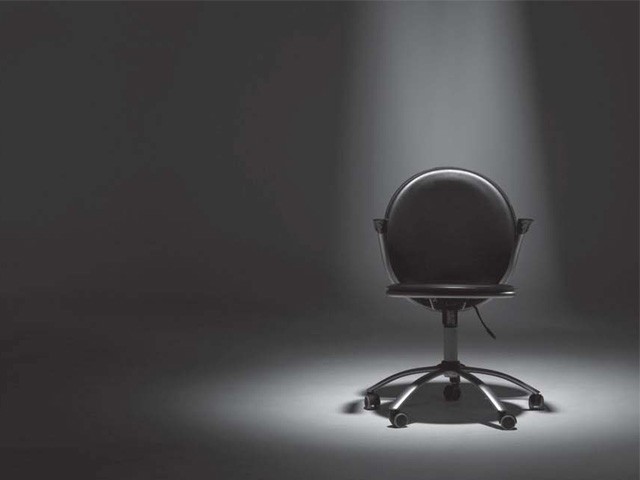 Senators from the opposition benches alleged that Tariq Malik was removed from his post because he refused to bow before the government’s pressure to give a clean chit to its candidate from NA-118 Lahore. PHOTO: FILE

Calling it an ‘unjust act’ and an ‘attempt at concealing evidence of the rigging in the 2013 general elections’, senators came down hard on Tuesday at the Pakistan Muslim League-Nawaz government for sacking the National Database and Registration Authority chairman.

Senators from the opposition benches alleged that Tariq Malik was removed from his post because he refused to bow before the government’s pressure to give a clean chit to its candidate from NA-118 Lahore.

“Interior Minister Chaudhry Nisar Ali Khan telephoned the NADRA chairman and asked him to decide in favour of the government,” claimed Senator Saeed Ghani of the Pakistan Peoples Party (PPP) while speaking on a point of order during the Senate session. He said the interior minister sacked Tariq Malik after he first refused to accept the minister’s demand and then declined to step down from his post.

Leader of the House Raja Zafarul Haq quickly stood up to defend the government. “The senator’s statement is not based on facts. We have rule of law in the country and I can assure you that the interior ministry would clarify the situation soon,” he said.  However, opposition members continued their reprimand.

According to PPP Senator Farhatullah Babar, the removal of the NADRA chairman said much about the conduct of the 2013 general elections. The verification of the thumb impressions would have exposed the PML-N candidate, casting a shadow of suspicion over the entire elections, he said. “It clearly indicates that the elections were rigged.”

Pakistan Muslim League-Quaid’s (PML-Q) Senator Mushahid Hussain Syed criticised the removal of the NADRA chief, fearing it would damage the authority’s image, which had recently earned many international contracts through its good work, providing revenue for the government.

‘NADRA chairman’s removal is rigging in itself’

Leader of Opposition in the National Assembly Syed Khurshid Ahmed Shah (PPP) argued that the removal of the NADRA chairman is tantamount to rigging. He urged the Election Commission of Pakistan (ECP) to take action over the government’s decision. He said the decision has made it clear that the government wanted to conceal the NA-118 rigging.

The Pakistan Tehreek-e-Insaaf (PTI) also joined in the censure, saying, “The NADRA chairman was penalised for exposing electoral fraud.”

In a statement, the party said that sacking Tariq Malik has sent a clear warning to all honest public servants that either they fall in line with corrupt practices or suffer the consequences.