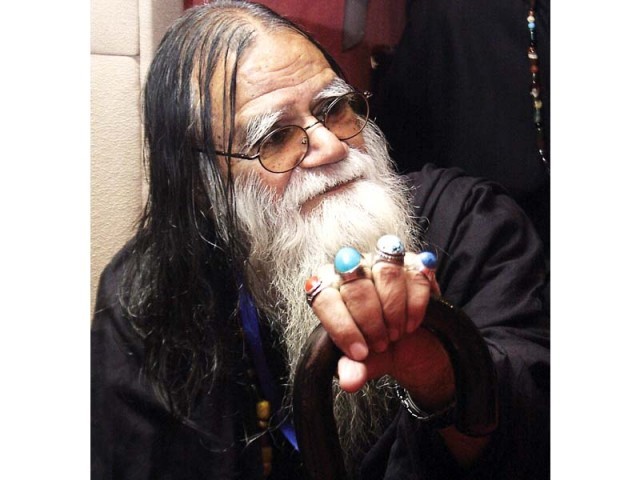 “Some of the best poetry of the east has been written in Punjabi,” columnist Ehsan Shahid said on Friday.

He was talking at the second session of the fourth Alhmara International Literature and Cultural conference which opened on Saturday. Over 800 people attended the session

The second session, titled Spirituality and Our Literature, was moderated by TV anchor Aneeq Ahmed. The panellists included writer Manzoor Afaq, Professor Lokus from Germany, poetess Sughra Sadaf and researcher Abdullah Bhatti. The session was presided over by writers Baba Muhammad Yahya Khan and Baba Irfanul Haq. “Talking about spirituality in one session is a daunting task because it is such a vast topic,” Afaq said. He said contemporary writers were no match for great sufi poets like Baba Fareed, Baba Bullah Shah and Rehman Baba.

Ehsan Shahid, a columnist and poet from UK, talked on Punjabi literature.He said Punjabi poets used the language “beautifully” to promote the message of love and peace.

“Some of the best poetry in the east has been written in Punjabi,” he said.

“Sultan Bahu and Shah Hussain promoted love through their poetry. Waris Shah through his Heer Ranjha written in 1823 extended the boundaries of spirituality,” he said.

“Baba Bulleh Shah was one of the most enlightened sufi poets,” Shahid added. Eminent personalities in the audience listened to the panellists attentively.

Sughra Sadaf said the messages of Sufi poets should be promoted more widely.

“Promoting peace, love and harmony is the need of the hour. Sufi literature should be promoted to raise awareness,” she said.

She said Sufi saints did not belong to a specific religion. She said their message and teachings were universal.

Sadaf said Sufi saints had highlighted the hypocrisy in the society. She said they had had pointed out the materialistic attitudes of religious extremists.

The first day of the conference concluded with a performance by dancer Naheed Siddiqi.

The three-day conference will conclude on November 25.