A man was shot dead in Korang­i in the latest incide­nt of killin­gs bringi­ng the death toll since Friday to 5.
Published: October 16, 2010
Tweet Email 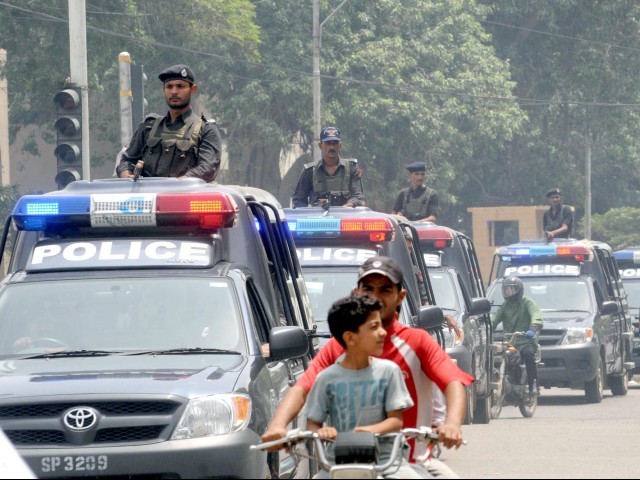 A man was shot dead in Korangi in the latest incident of killings bringing the death toll since Friday to 5. PHOTO: RASHID AJMERI/EXPRESS

KARACHI: A man was shot dead in the Korangi area on Saturday bringing the death toll in violence since Friday to five.

Karachi police recovered two bodies from the area near the Inquiry Office in Nazimabad.

According to DIG West Sultan Khwaja, the victims had been kidnapped and killed by unidentified gunmen.

In a separate incident, a man was killed in firing near the Super Highway Toll Plaza. All three bodies await identification.

Meanwhile, another man named Saleem Khan was killed in Khamosh Colony when unidentified men opened fire on a hotel.

Karachi has been a regular witness to violence and target killings, while the government has so far failed to curb killings. In the most recent incident, six people were killed on Thursday and police recovered three bodies near Jinnah International Airport.

Parties in the coalition, Awami National Party (ANP) and the Muttahida Qaumi Movement (MQM), have also been swapping allegations over the unrest in Karachi.

The National Assembly on September 29 had adopted a unanimous resolution demanding that the government take ‘pragmatic steps’ in order to control target killings in parts of the country, especially Karachi.