State, religion and democracy: Equal rights for all, a base for democracy

State, religion and democracy: Equal rights for all, a base for democracy

Pakist­an and Indone­sia can learn from each other’s experi­ences.
By News Desk
Published: October 11, 2013
Tweet Email 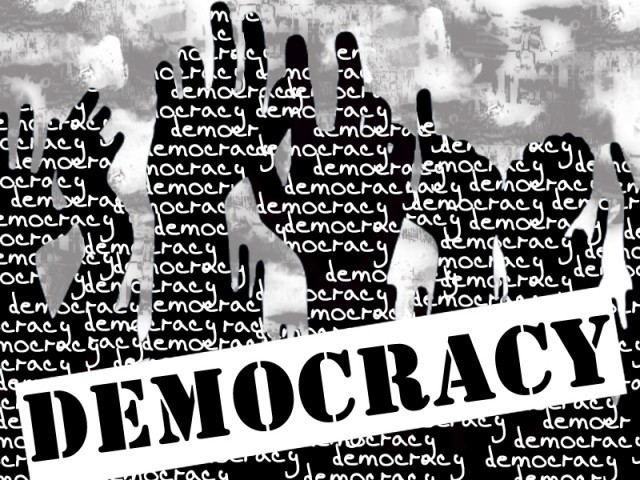 In the process of democratisation, Indonesia and Pakistan have faced similar complexities. DESIGN: SUNARA NIZAMI

In the process of democratisation, Indonesia and Pakistan have faced similar complexities. These should be dealt with by sharing experiences.

This was said by Indonesian scholars during interaction with students and teachers of Quaid-i-Azam University and Fatima Jinnah Women University on Wednesday, said a press release.

The interactions on “State, Religion and Democracy” were part of a series of discussions facilitated by Heinrich Boll Stiftung and Centre for Research and Security Studies.

Noted Indonesian writer Julia Indiati Suryakusuma said despite efforts by extremist groups to manipulate the constitution and impose their version of religious dictates in the country, the people have shown a remarkable commitment to diversity and democratic values.

“Indonesian people have made it clear time and again that they are deeming democracy as the only way forward to keep the integrity of one nation state,” she remarked.