Power tariff hike: Tough decisions a must to save economy says Rashid

Power tariff hike: Tough decisions a must to save economy says Rashid 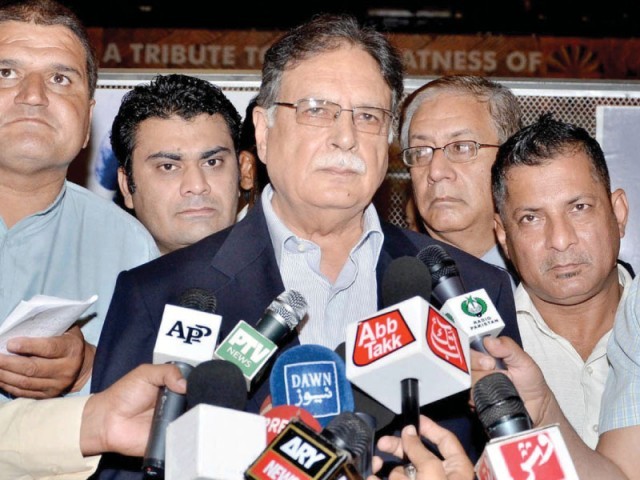 Minister for Information and Broadcasting Pervaiz Rashid says bitter pills of government’s decisions have to be swallowed to revive the ailing economy.

Addressing a news conference in Islamabad on Thursday‚ he said it is the duty of the government to take hard decisions in difficult situation in the interest of the country.

The minister said “we have to take the decision of if we want to pay huge sums in annual circular debts or to pay on a daily basis.” He said the country was in dire need of generating cheap electricity, adding that the government was hopeful to cope with the power shortage.

Defending the government’s decision of increasing the power tariff, the minister said that 42 percent of people in the country were using up to 200 units each month and they would not bear the burden of the fresh hike in prices.

He said we have to find a solution in accordance with the opinion of financial experts.

He invited the business community to give alternate suggestions to overcome power shortage and improve economy.

He assured that the government will consider these suggestions. He said the government has inherited the circumstances in which costly power is being generated through furnace oil.

Pervaiz Rashid said the government has not put any burden on the consumers utilising 200 units of electricity.

He said the government still pays one hundred and twenty-six billion rupees subsidy for them. However, He said that the county needed to get rid of the culture of subsidies.

The information minister said the government will not just pass their five-year term but will make substantial improvements for the public.

He said in order to provide a bright future to upcoming generations, tough decisions based on ground realities form a pre-requisite.

The minister said there is a policy of confrontation in the region and issues of terrorism‚ power crisis and economic melt-down are part of it.

He said the government wants to promote policy of cooperation among the countries of the region so that these countries can help each other.

Procedural snags: ECP hints that LB polls not possible in 2013