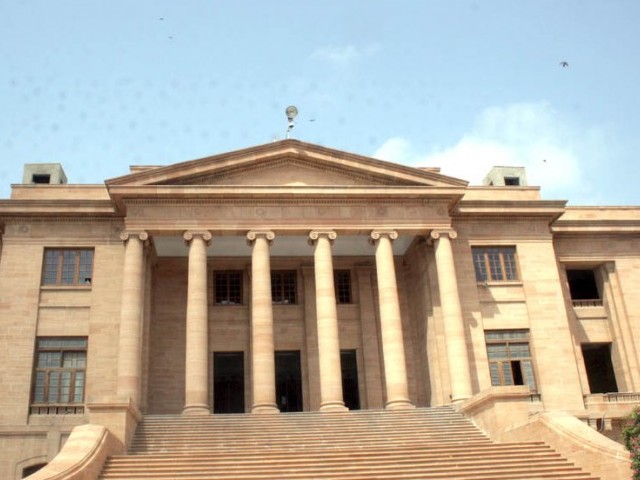 The civilians’ relatives had gone to court seeking recovery of their relatives from the alleged unlawful detention of the law enforcement agencies. PHOTO: EXPRESS/FILE

KARACHI: Sindh High Court (SHC) gave a final chance to the deputy attorney general to submit the details of charges and material against four civilians, who faced a field general court martial for allegedly having committed offences under the Official Secret Act.

The civilians’ relatives had gone to court seeking recovery of their relatives from the alleged unlawful detention of the law enforcement agencies. The petitioners – Jalal, Jian Khan, Mehar Ali and Haji Mohammad – had challenged the detention of civilians, Wasayo, Muhammad Bux, Habibullah and Roshandin, by the army authorities. They alleged that the ‘missing persons’ were taken into custody from Umerkot and other areas of Sindh in January and September 2011.

During the course of the hearing, an assistant judge advocate general informed the court that the four men were detained by the army. Their lawyer argued that the missing persons were not army personnel but had been arrested under army laws and were facing court martial proceedings under the espionage charges.

Trial under the army

Earlier, the assistant judge, Advocate General Asif Ali of 5-Corps, had informed the court that “a civilian could be apprehended by the army for his involvement in espionage under the Army Act and the Official Secret Act and no remedy or appeal would lie against any decision of the court martial in an ordinary court.”

He said that “superior courts also held that civilians who committed any offence under the Official Secret Act were tried under the Army Act.”

The appeals of the convicts were pending before the appellate authority of the army, said the judge, who requested the high court to dismiss the petition as the detainees had been convicted under field court martial.

On Tuesday, the deputy attorney general requested for time on behalf of the assistant judge. The petitioner’s lawyer vehemently opposed the request saying that sufficient time had already been allowed.

Adjourning the hearing till October 22, the bench gave the “last and final chance to the authority to produce the relevant record on the next date of hearing, failing which appropriate order shall be passed as mentioned in the order of July 7.”