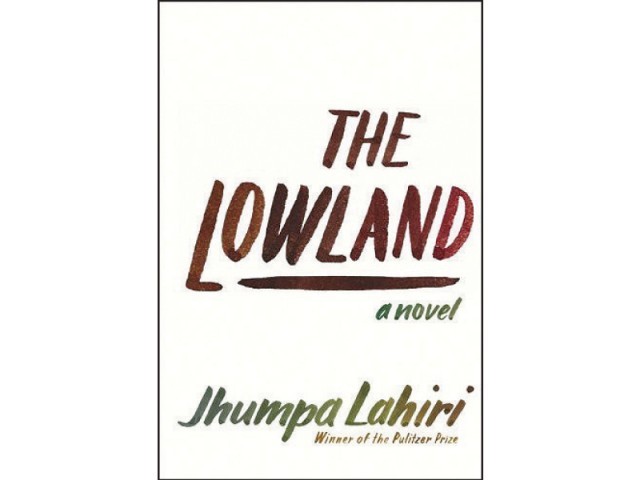 Available for Rs1,395 at The Last Word

Revolutions are a bloody business. They demand plenty of sacrifice — of innocence, of life itself. It has always been safe to assume that both the architects and the participants of revolutions hold an equal chance of meeting their end before their dreams are realised. And beyond these revolutions, beyond the reckoning, at the periphery of the gravity of the actions of revolutionaries lie the real lives of those who bore them, who grew up with them, who fell in love with them — and were let down by them.

Jhumpa Lahiri’s new novel, The Lowland — her second after the quietly moving Namesake — tells the story of two Bengali brothers Subhash and Udayan Mitra. Udayan is a boy who goes from being a clever, mercurial youth to a devoted yet myopic cog in the machinery of the Maoism-inspired Naxalite movement which shook post-colonial India in the 60s. It is his often impulsive and egotistical, even idealistic, choices in life that pump blood into the narrative and lead to so much heartache for his entire family.

The brothers are the protagonists of a story that cautiously yet systematically reminds the reader in sparse prose that in real life there are no heroes; there are only people whose decisions direct their fate one way or the other. Subhash is the quiet, studious son of his sombre parents, who dreams of fulfilling their dreams when he grows up. Udayan is fiercely intelligent and outgoing and his various transgressions throughout their childhood are somehow turned into cheerful anecdotes by their doting parents, especially their mother, who favours her younger son above her firstborn.

The brothers grow up in a shabby neighbourhood of Calcutta which is surrounded by the remnants of colonial rule and the partition of the subcontinent. Although the boys are inseparable during their youth, life soon carves separate paths for them, taking Subhash to the United States on a student scholarship, and Udayan towards the incendiary politics of the Naxalites.

The movement soon morphs into a “revolution” with diktats for the initiated that go beyond the ordinary sloganeering and sit-ins. Udayan’s righteous anger takes him further away from his family, especially his brother, who thrives academically in his new environment.

Foot soldiers in any war are the first to go, and so Udayan is executed in a state-sanctioned police encounter, his favoured hiding spot in the shallow water of the lowland unable to protect him. All that is left in his wake is a modest stone monument erected by his party members, shocked parents who refuse to believe his soul was corrupted, and a pregnant wife who is described as a “fiercely brilliant woman” on the book’s dust jacket.

This untimely and unceremonious departure of the supposed hero of the narrative allows Lahiri to bring Subhash back to his place of birth. He privately mourns his brother’s death and, in an act of uncharacteristic daring, marries and whisks away his brother’s widow, Gauri. From here on, the novel embarks on the story of more than three decades and three disparate generations of the Mitra family, alternating between the unchanging calm of Rhode Island and the supposed milestones of Calcutta’s development. Old memories are erased and new ones are created, annihilating any sign of Udayan and so many others like him, except in the hearts and minds of his ailing parents.

The narrative shifts from the perspective of Subhash, who understands full well his mother’s foreboding prophecy that Gauri will never love him as she loved Udayan, to Gauri’s, who concedes defeat in the face of pregnancy, widowhood and a change in location, but soon reclaims her obvious but interrupted genius, as an academic. That her relationship with Subhash never goes beyond a convenient physical intimacy and a pact to raise her daughter Bela is somewhat of an itch that keeps chafing the reader’s consciousness: one expects a miracle and a pleasant shift in mood. But the miracle never happens, love does not take root, and Gauri finally abandons her little family once she is financially able to, leaving behind the accoutrements of her past as well as an expected bitterness in Subhash’s heart. It is his steadfast devotion to Udayan’s daughter Bela that drives the plot, even when the overwhelming love he has for her is not reciprocated openly by the girl so damaged by life’s trajectory, until she herself is about to become a parent.

In the expanse of this ambitious novel, there are many details that weigh down and form hiccups in the otherwise smooth flow. But this is mitigated in part by Lahiri’s signature flair for making offhanded references to food and colorful religious ceremonies that tether the newer generations of the Mitra family to their shadowy past. Lahiri also skillfully uses physical geography as a trope for convoluted emotional ties (or lack thereof). And so Subhash’s quiet struggle to come to terms with an ordinary life so completely shattered by his brother’s absence takes place in the visceral cold of Rhode Island. Gauri’s selfish betrayal takes her to the warmer climes and relative freedom of California. And Bela, who is the reminiscent of the restless Gogol of The Namesake, cannot find a place to call home.

In this context it may be an ironic to note that The Lowland has been shortlisted for the Man Booker Prize, which is given to Commonwealth writers, and for the National Book Award, which is given to American authors. These achievements highlight the author’s own immigrant background and the fact that she now lives in Rome. Indeed, after the Pulitzer Prize in 1999 for her debut collection of short stories Interpreter of Maladies, with this new book, Lahiri seems poised to garner similar acclaim.

You don’t need to look to Russia for revolution or ever further to Cuba — the Indian subcontinent has plenty of it in its own back yard. Here are a few notable works on the subject:

The Naxalites is a sombre drama about the rise of the movement and the hardships faced by those who chose to support the cause. A critically acclaimed cult favorite, the film stars Mithun Chakraborty who was formerly a real-life Naxalite.

The latest documentary from political filmmaker Sanjay Kaak chronicles the life and struggles of Maoist rebels in Chattisgarh and surrounding areas.

Produced and directed by Ammar Aziz, the documentary highlights the hidden chapter of the history of the Marxist struggle in Pakistan. It’s the only example of an armed class struggle in Pakistan and perhaps the only movement which resulted in several reforms for the people of Hashtnagar in Charsadda, K-P.

Arundhati Roy’s politics and sympathetic stance towards Maoist separatists in India has always drawn the ire of Indian nationalists and right-wingers across the board. The people whom she refers to as “freedom fighters” are known as homegrown terrorists to local authorities. Originally published in Outlook India as a long investigative feature, this book details Roy’s unprecedented foray into the world of the Maoist rebels.