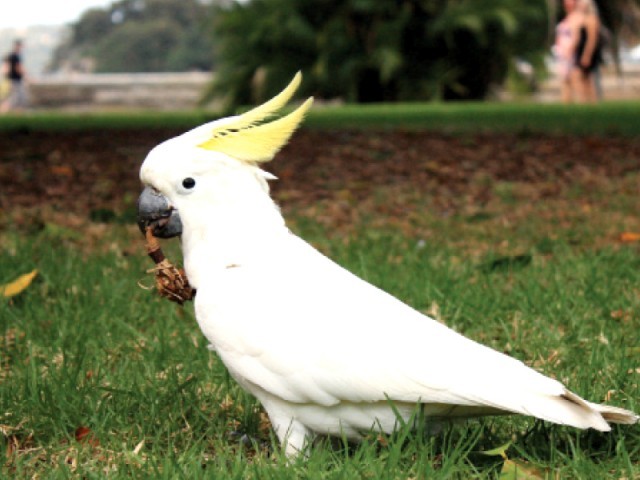 Two Laal Sohanra National Park watchmen were suspended on Wednesday and a case had been registered against five suspects after two parrots of a rare breed that is near extinction were stolen on Tuesday.

The cases were registered under Section 380 and 411 (theft and dishonesty) on the complaint of Rao Sarwar Ali, the park in charge.

Ali said three of those nominated in the FIR had earlier been involved in deer theft from the park. They had recently been released after completing their jail term. They were identified as Zafar Ahmed, Noor Muhammad and Ubaidullah.

Police have yet to make the arrests.

Ali said that the parrots were worth Rs1 million. He said one of them was a macaw and the other a cockatoo. He said the parrots had been gifted to the park administration by the Belgian government.

He said initial investigation suggested that the thieves had broken the locks on the cages. He said on seeing them, the watchman had started firing in the air. The men fled on hearing the gunshots.

Ali said the watchman, Abdul Majeed, had been suspended from service. Another watchman, Muhammad Nazim, who was on duty at that time, was fired. The in charge said that the robbers had left behind a 0.12 bore shot gun, a bird net and a rubber slipper.

He said the investigation team was looking for clues from the foot impressions left by the robbers in the muddy path leading to the cage.

District Forests Officer Ejaz Shirazi said he was hopeful that the robbers would be arrested soon and the parrots recovered.