Half of the people survey­ed think ‘Sikh’ is a sect of Islam: Stanfo­rd resear­ch projec­t.
By News Desk
Published: September 11, 2013
Tweet Email 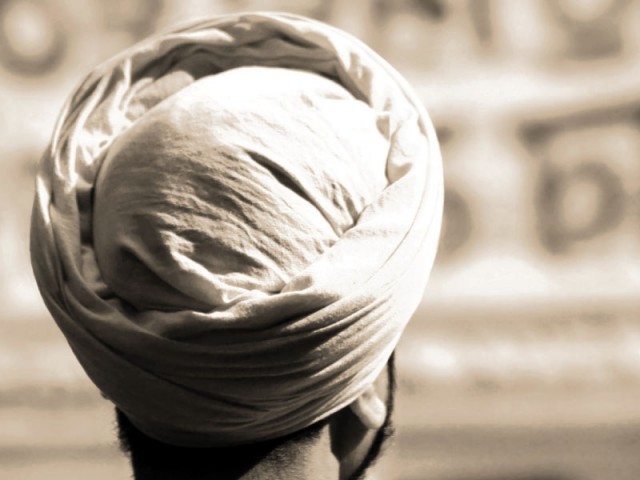 Half of the people surveyed think ‘Sikh’ is a sect of Islam: Stanford research project. CREATIVE COMMONS

America changed after the September 11, 2001 attacks, as did the rest of the world. The post-9/11 attacks inculcated an interest in Islam and world religions – but also skewed concepts and principles.

Sikhs, among other minority groups, have been targeted socially and violently since the attacks on America’s soil. The reason for those committing the hate crimes against Sikhs are mostly attributed to the turban – a religious garb called the Keshki, which is one of the five symbols of the Khalsa (brotherhood) Sikhs.

According to a survey conducted by the Stanford Peace Innovation Lab, a research group based at Stanford University, Americans tend to associate turbans with Osama bin Laden more so than with a named Muslim and Sikh alternatives.

The same survey revealed that nearly half of the Americans questioned believed that “Sikh” is a sect of Islam, while 70 per cent of the respondents could not identify a Sikh man in a picture as a Sikh.

This survey was part of findings of the research project “Turban Myths: The opportunity and challenges for reframing a cultural symbol for post-9/11 America”, conducted by the Stanford Peace Innovation Lab on behalf of the Sikh American Legal Defence and Education Fund (SALDEF). The purpose of the research project was to study the American perception of the Sikh community in the country, and to develop preliminary recommendations for an advocacy and engagement programme.

This targeting of Sikhs due to ignorance was highlighted more after the tragic Wisconsin shooting in a Sikh temple. On August 5, 2012, Wade Michael Page gunned down six people and wounded four others at the Oak Creek Sikh temple. He took his life by shooting himself after he was shot by a responding police officer.

The main question, however, is why the Sikhs are targeted. It is because they are ‘perceived to be Muslims’. The Federal Bureau of Investigation (FBI) has a category of ‘hate crimes against perceived Muslims’ and such incidents jumped up by 50 per cent in 2010 because of anti-Muslim propagandising, according to FBI’s 2011 hate crime statistics.

In 2012, seven mosques in the United States were attacked in two week during the holy month of Ramazan. After the incidents, the Huffington Post reported that the Council on American-Islamic Relations in Washington D.C. issued a safety advisory on August 6, 2012, advising Muslims to install surveillance equipment, request police patrols, and report suspicious vehicles driving near mosques ahead of Eid ul Fitr.

Even though “Turban Myths” raises concerns and issues of hate crimes against Sikhs after the 9/11 attacks, the reasons explaining these issues and recommendations highlighted in the report are applicable to both the grievances of Muslims and Sikhs. The report highlighted major issues of behaviour and “identity-based engagement”. It elucidated the “toxic composition of bias+emotion+image that drives turban-inspired hate crime”.

The report calls for greater integration as Sikhs – and Muslims, for that matter – are perceived as outsiders. The research team designed a programme called the “peacemaker initiative” that aimed at closing the integration gap.

Another integration gap identified is the relative lack of engagement with general influencers and communities that work on hate crime, human rights, peace building, etc.