Imran said keepin­g negoti­ations side by side with fighti­ng terror­ism is not a wise move.
By Web Desk / Abdul Manan
Published: September 9, 2013
Tweet Email 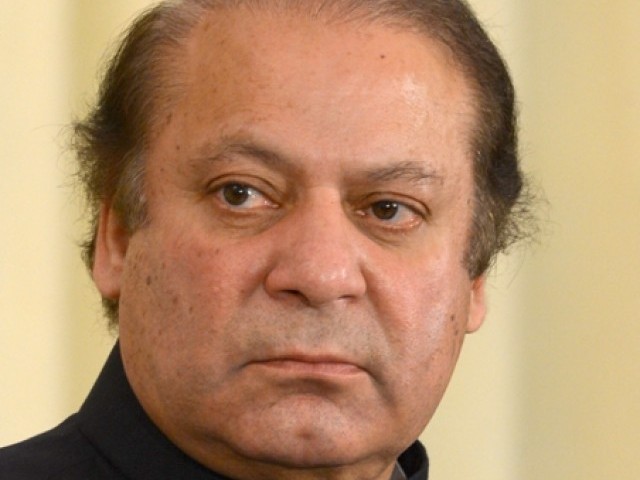 ISLAMABAD: Political parties unanimously reached a resolution on Monday at the All Parties Conference (APC), stating that negotiation with the militants should be pursued as their first option to counter terrorism, Express News reported.

The draft, drawn up at the end of the conference was signed by all the political parties in attendance. It was decided that another APC will be called to resolve the issues facing the terror-stricken province, Balochistan.

Prime Minister Nawaz Sharif said on Monday that holding negotiations with terrorists was their own decision.

It was decided that if the negotiations with the militants don’t work, “action” will be taken against them.

Pakistan Tehreek-i-Insaaf (PTI) chairman Imran Khan said keeping negotiations side by side with fighting terrorism is not a wise move. He added that sending the army to tribal areas was a big mistake and it is important to clarify to the people that this war on terror is their own war.

Terrorism needs to be tackled from its roots, said Muttahida Qaumi Movement (MQM) leader Farooq Sattar, adding that until now terrorism has only been fought against and not enough work has been done to eliminate the source.

Chief of Army Staff, General Ashfaq Parvez Kayani said that the decisions made by the political leaders will be implemented.

Drone strikes and US

General Ashfaq Kayani categorically stated that the country had no agreement with the US which allowed drone strikes in the country. It was agreed that the strikes violated Pakistan’s sovereignty.

Prime Minister Nawaz Sharif said that America will maintain its strategic standing in Afghanistan, saying that it is not realistic to hope that the United States will leave Afghanistan by 2014.

Nawaz said “Pakistan is in the grip of terrorists, we must not politicise this issue.”

Emphasising the importance of taking decision in a democratic manner, the prime minister said that people’s trust in democracy will strengthen if this government succeeds in tackling terrorism through consensus.

The prime minister further said that dialogue will be preferred over use of force but the final decision will be taken by the national leadership.

Political leaders, army chief and heads of security agencies have gathered at the Prime Minister’s House for the APC, convened to come up with a solution for terrorism in the country.

Security situation in Karachi, Balochistan and Fata was the main part of the briefing.

Imran had a brief meeting with Kayani and Nawaz prior to the APC.

The leaders discussed national issues and the APC agenda.

All major political parties have gathered today to evolve a consensus on how to tackle the scourge of terrorism and violent extremism in the country.

The APC was earlier scheduled for July 12, but was delayed for multiple reasons.

Interior Minister Chaudhry Nisar Ali Khan had previously said that the government has prepared a “provisional” draft of the proposed national security policy, but added that it could be amended following input from the army and intelligence chiefs and political leaders.

He said the government has decided to model the National Counter Terrorism Authority (Nacta) after the US Department of Homeland Security – which was created in response to the 9/11 terrorist attacks.

A draft of the resolution can be viewed here.

Syria: Two bits of a bystander