Pakist­an has deep sea shore and abunda­nt labour force and it should emerge as a ship-buildi­ng countr­y.
By News Desk
Published: September 7, 2013
Tweet Email 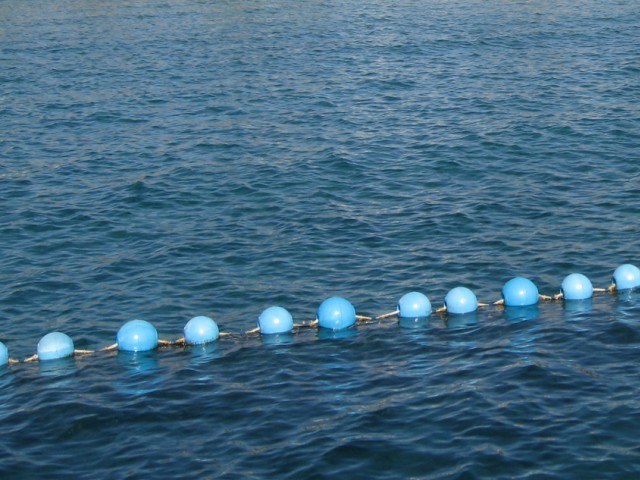 Pakistan needs to update and develop its maritime policy of 2002 and take into account the recent trends and developments.

Defence experts have stressed the need for fully exploiting maritime area of Pakistan to tap its potential.

They were speaking at a seminar on “Pakistan: maritime challenges and opportunities”, organised by the Institute of Policy Studies (IPS), here on Thursday, said a press release issued by the institute.

Admiral Rao emphasised that Pakistan needed to update and develop its maritime policy of 2002 and take into account the recent trends and developments.

“Pakistan’s maritime areas consisted of 295,000 square kilometres and there is a need to tap its real potential,” the retired admiral said.

Underlining the significance of trade, mineral and strategic maritime potential he reminded that Pakistan’s 95 per cent trade takes place through sea.

“Pakistan is located at a point which lies just besides the route of world’s 72 per cent oil supplies.

Gwadar port needs to be equipped with necessary technology and infrastructure so that it may not only become a starting point for an economic corridor towards China but also provide an ideal location for the empty oil tankers entering the Gulf before reloading for necessary repair and maintenance,” he suggested.

He called for integration between maritime and inland transport systems, development of corridors and enhanced logistic solutions to take full benefit of country’s maritime potential.

Rao vehemently advocated that Pakistan should
emerge as a shipbuilding country as this industry has proven to be a catalyst of industrialization in a number of countries which have deep sea shore and abundant labour force.

“A policy board with the prime minister as its chairman has already been notified since 2007 while a real development is yet to be seen,” he said.

He also stressed the need for meaningful diplomatic efforts to counter the hegemonic designs of India to dominate the Indian Ocean, which it strategically considers “India’s ocean”.

He said that the strategic islands of Nicobar and Andaman had 80 per cent Muslim population at the time of partition but the yardstick of Muslim majority areas to become part of Pakistan was not applied to them. Today, India has a three-star naval command based on these two islands through which it controls China’s maritime movement by its neck.

Dr Muhammad Khan talked about the challenges to the country’s maritime interests and the Indo-US plan to establish Indian control over the Indian Ocean at the cost of Pakistan’s economic and strategic interests.