Party calls it an achiev­ement of federa­l govt for bringi­ng all partie­s on the same page.
By Our Correspondent
Published: September 6, 2013
Tweet Email 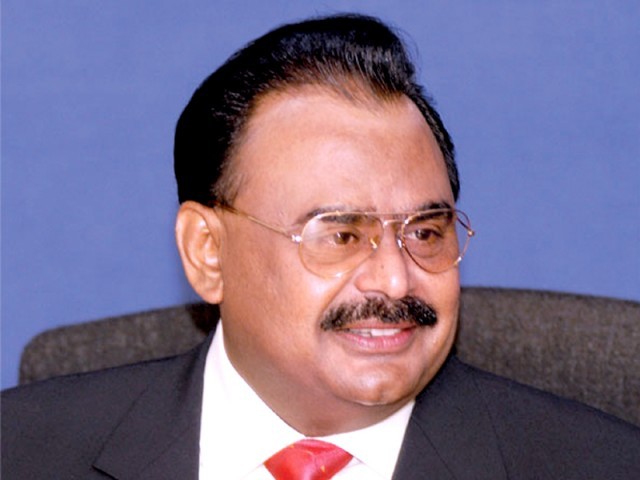 “It is a positive sign that the federal government met all the political parties of Karachi and listened to their views about the law and order situation,” said the MQM chief. PHOTO: FILE

“It is a positive sign that the federal government met all the political parties of Karachi and listened to their views about the law and order situation,” said the chief, adding that he was thankful to Prime Minister Nawaz Sharif and his cabinet members for working sincerely towards ending violence in the city.

According to Altaf Hussain, crimes such as extortion, kidnappings for ransom, muggings, and target killings have taken over the city and the government should work hard to make the city get rid of such criminal elements.

Rabita Committee member, Wasay Jalil, said that even though they had demanded the city to be handed over to the army, they still supported the government. “We are with the government as peace is all we want for the city.”

He stated that actions speak louder than words and the next few days will determine whether the operation was effective or not. Calling for an unbiased and impartial operation across the city, he said that criminals belonging to any political party should be arrested. “We appreciate that the federal government took notice of the alarming situation in the city,” he said. “A cabinet meeting has taken place in Karachi for the first time in history.”