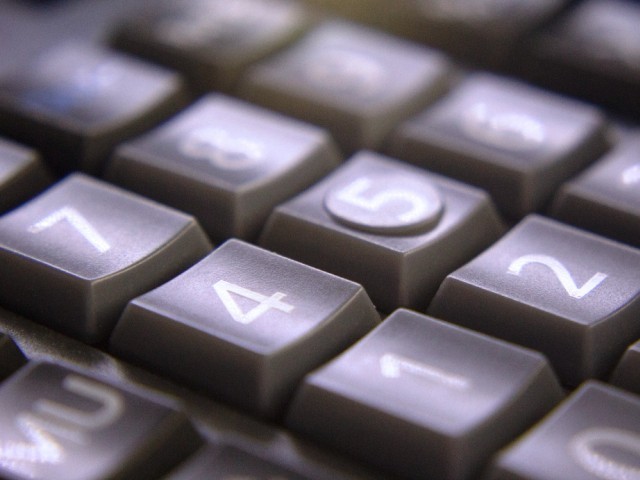 With dimensions of 5.7 by 12.8 inches, the description is pretty much a euphemism. PHOTO: FILE

LONDON: It will take someone with pretty deep pockets to purchase and transport what is being described by auction house Christie’s as one of four surviving 17th-century French “pocket” calculating machines, to be sold in London in October.

But the compact size of the paper-and-wood box with a fascinating array of 24 dials embedded in the lid was one of its main selling points, James Hyslop, head of Christie’s science department, said.

It was the invention of Rouen inventor and watchmaker Rene Grillet, who marketed his smaller and lighter device as a competitor to the sturdy but heavier brass machine invented by Blaise Pascal in 1642.

“I’d love to be able to tell you whose this was, but basically those stories never survive and if they did we’d be crowing about it from the rooftops,” Hyslop told Reuters in a telephone interview.

“But we do know the creator went around to the equivalent of world’s fairs, in Paris and Amsterdam, advertising the new calculating device. He was a canny businessman and he was very canny about how these things worked.”

The calculator used a logarithm called “Napier’s bones”, a type of abacus named for the Scottish mathematician John Napier, and was capable of performing addition, subtraction, multiplication and division.

But 17th-century proto computers and calculating machines were not true computers, Hyslop said. The user could not enter a number, choose an operation and get a result.

“There’s still a manual step needed, and with this one, you have to physically carry the 10s yourself,” he said.

The calculating machine is being given pride of place in Christie’s bi-annual “Travel, Science and Natural History” auction on Oct 10.

It will also feature art, books and other scientific artefacts of the 16th through 19th centuries, including, Hyslop said, a first edition of “Napier’s Bones”.