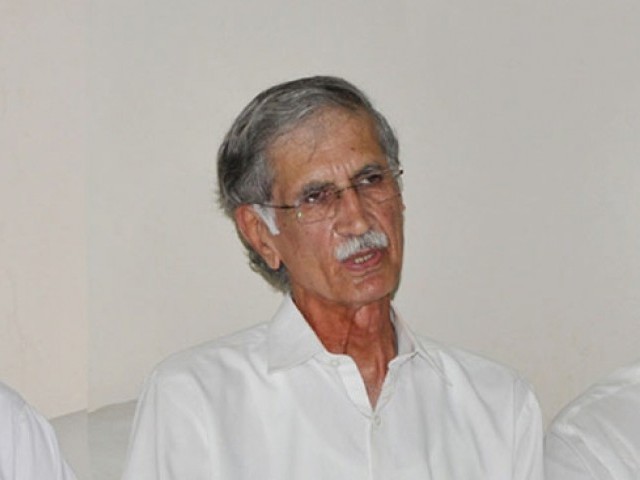 PESHAWAR: Khyber Pakhtunkhwa Chief Minister Pervez Khattak attributed the Dera Ismail Khan jail break to a failure of intelligence agencies, and ordered an inquiry into the attack on Tuesday.

The chief minister said that he would be travel to Dera Ismail Khan and inspect the prison. He has also directed authorities to increase security at prisons across the province.

Khattak said he was told that prison security had been increased, but despite the measures, the jail break took place. The attack on the hundred year old facility was blamed on weak security arrangements where inmates belonging to various banned organisations were held.

Earlier today, PTI Chairman Imran Khan said that the PTI needed some time to combat terrorism in Khyper Pakhtunkhwa (K-P). He said that K-P had no independent intelligence on terrorist attacks, but had to refer to the federal government for intelligence reports.

Nine people including six policemen were killed and 14 others injured in the audacious attack while four prisoners were also killed by security forces.