Power to the people: Local govt setup not to be a blast from the past

Re-shuffling corruption: Govt officials of ‘ill repute’ to be transferred

Government officials who are proved to be involved in wrongdoing will be transferred from important positions. Government officials who are proved to be involved in wrongdoing will be transferred from important positions. PHOTO: FILE

According to a statement issued from the Home and Tribal Affairs Department, action would be taken under the relevant legal framework.

Government officials who are proved to be involved in wrongdoing will be transferred from important positions to those of lesser significance. July 26 has been stipulated as the deadline for this exercise.

The statement added the home department has already collected the required information from its subdivisions and the data will be presented before the K-P chief secretary.

Meanwhile, the K-P government has asked the IGP and commissioner of Peshawar to expedite the payment of compensation to victims of the Peshawar Judicial Complex bomb blast and to award the Tamgha-e-Shujaat to the late constable Wajid Ali. 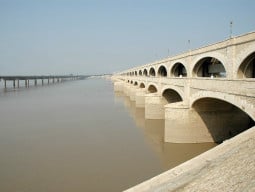 Another major reshuffle in bureaucracy

Postings and transfers: Nearly a dozen BS-21 officers moved around