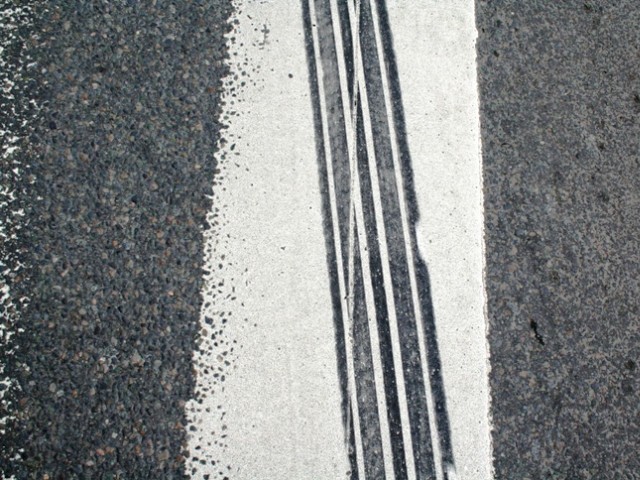 The bus was travelling from Qambar Shahdadkot to Karachi. PHOTO: FILE

DADU: A deadly accident involving a passenger bus on the Indus Highway near Dadu claimed 13 lives and left 35 others injured, some critically.

The incident happened late on Sunday night in the Bok Mori area, some eight kilometers of Dadu as a speeding coach, that was carrying passengers from Qambar Shahdadkot to Karachi, overturned after its tyre-rod broke.

The deceased include four children, two women and seven men, all hailing from the Qambar Shahdadkot district. Their bodies were immediately shifted to their hometown early in the morning.

The rescue efforts were marred by a lack of ambulances and more than half of the injured had to be taken to the hospital in police mobiles.

Two of the injured, Irfan Soomro and Waqar Soomro, died in a small emergency ward of the civil hospital Dadu, where load shedding and suffocation added to the miseries of the patients.

According to District Health Officer (DHO) Dadu Roshan Bhatti, ten amongst the injured are still in a critical condition and some of them have been shifted to Jamshoro and Hyderabad.

Abdul Jabbar, one of the injured persons at the hospital, said that some passengers had asked the driver, who also died in the accident, to slow down but he did not respond.

The Station House Office (SHO) Khudabad police station said that the bus, bearing registration number LES-6637, has been completely destroyed. A case of the incident is likely to be registered against the owner of the bus for an unfit transport vehicle.

Out of business?: To keep threats out, ANP shuts its doors in Sindh