Girl’s body removed from grave with intent to rape: Police

Girl’s body removed from grave with intent to rape: Police 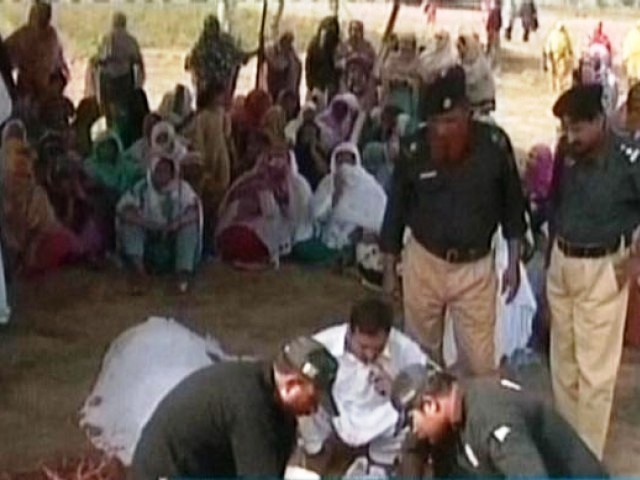 Fifteen-year-old Zainab, daughter of Muhammad Munir, died of electrocution a day before and was buried by the family Tuesday night.

Local residents found her body lying outside the grave early Wednesday morning and informed the family and the police.

The police suspected that the body was taken out from the grave with the intention of rape. Officials said desecration of the body would be confirmed once the investigation was completed, and any criminals involved would be punished accordingly.

October 2011: Mohammad Riaz, arrested in North Nazimabad, Karachi confessed to having defiled the corpses of 48 women in the Paposh Nagar graveyard in the last eight years.

September 2011: A father and son were arrested after they exhumed and desecrated the body of a woman from the the Pir Koray Shah graveyard in Karampur.

Morsi driven out by Egyptian army