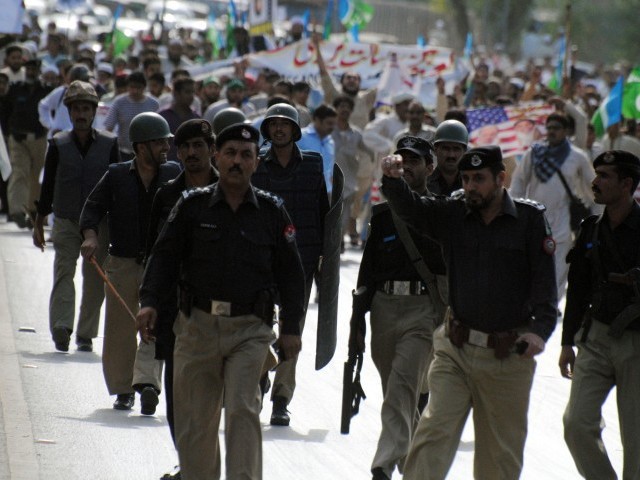 Four policemen were slightly injured in a remote-controlled bomb blast on a police mobile on Sheikh Muhammadi Road Saturday evening.

A police mobile of Badhaber police was targeted on the outskirts of the city near Sheikh Muhammadi Grid Station at around 7:30pm. It was on its way to the police station at the time. The medium-intensity blast left four policemen, including sub-inspector Farman Khan and constable Jawad, slightly injured. The vehicle was also slightly damaged in the explosion.

Police later cordoned off the entire area and shifted the injured to the Lady Reading Hospital (LRH). They claimed the device was of low-intensity, adding it had been planted along the roadside and was detonated via a remote control. Following the incident, police carried out a search operation in the area and arrested several suspects.

Earlier this week, at least six Pakistan Army soldiers were killed and three injured in a rocket attack on an army patrol on Kohat Road Wednesday night, police and security officials said. Around two dozen heavily armed militants opened fire on the army patrol, comprising three vehicles, in Sara Khwara. Four troops were injured in one of the vehicles, but the driver managed to drive through the hail of bullets to the nearby police post.

FATA Grand Assembly: ‘Tribesmen to be consulted before FCR amendments’