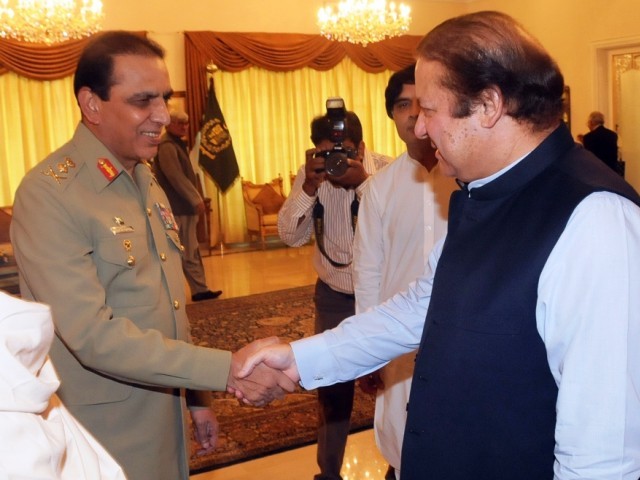 The militant attacks that have plagued the country in recent times were brought up and the meeting sought to identify ways of countering incidents related to terrorism.

Matters pertaining to border security were also detailed. Earlier in the day, two students were injured during “unprovoked” shelling by the Indian army near Batal sector, Line of Control (LoC).

Amongst other things, the meeting also sought to discuss the implications of the changing political situation of Afghanistan.

The newly elected government has faced mounting challenges in the shape of militancy that claimed over 100 lives during May elections and over 50 lives in June so far, including assassinations of two Khyber Pakhtunkhwa elected lawmakers.