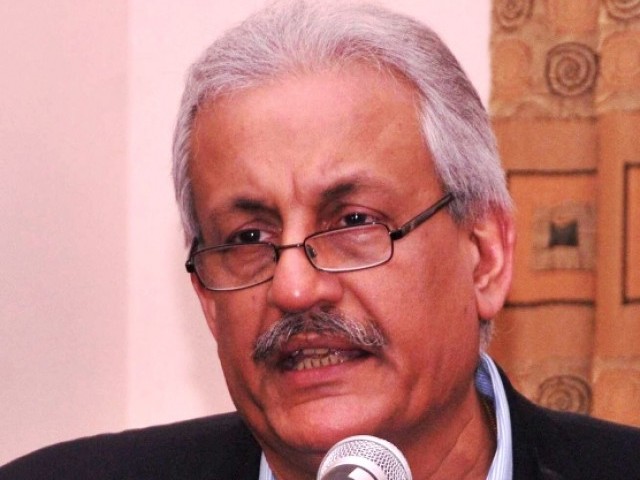 The opposition in the Senate assailed the government’s failure to rein in top officers of the Federal Board of Revenue for creating confusion on the collection of 2% General Sales Tax by non-registered petrol stations.

Senators from the opposition also staged a token walkout on Tuesday against the FBR, which is paving way for petrol station owners to charge 2% GST from the consumers. They termed this a serious blow to the poverty-stricken people, and said it would push more of the masses towards poverty.

Speaking on a point of order, the leader of the Pakistan Peoples Party in Senate, Mian Raza Rabbani, lashed out at the government for not taking action against the FBR.

“Are we a state or a rajwara (monarchy) … the FBR baboos (officials) are doing everything and it seems the government is a silent spectator.”

Rabbani said it was strange to see the revenue board first issued a notification about unregistered companies leading to increase in the prices of petroleum products and then informed the Supreme Court the notification was withdrawn.

“It isn’t possible for consumers to identify unregistered companies and petrol stations which have been asked to pay 2% GST,” the senator maintained.

Following his speech, he walked out of the upper house of Parliament, followed by the rest of the senators from opposition, who also protested against the additional GST.

The Leader of the House in the Senate, Raja Zafarul Haq, said the matter of provisional collection of taxes was pending before the Supreme Court and its verdict in the matter would be implemented in letter and spirit.

Chairman Senate Nayyar Hussain Bokhari said the revenue authority should probe why consumers should bear the burden of such a move as it was not possible for them to know beforehand which petrol station was registered.

Taking part in the budget debate‚ the opposition senators said it failed to provide any relief to the poor and middle classes, adding the government also did not have any visionary policy which would give people hope of coming out of the vicious cycle of poverty.

Senator Saeed Ghani added the imposition of the additional 2% GST on unregistered petrol stations and companies would ultimately affect consumers.

Senator Tahir Hussain Mashhadi said despite having a financial wizard like Ishaq Dar as the Finance Minister and a sound economic team, the Pakistan Muslim League-Nawaz government had not spelt out any policies that would provide relief to the common man.

“The agriculture sector has been taxed as expected,” he said, adding that the budget for fiscal 2013-14 also did not have any incentives for overseas Pakistanis, who he said were the backbone of the country.

He lamented the soaring inflation rate that was hurting poor people who cannot afford to have three meals a day.