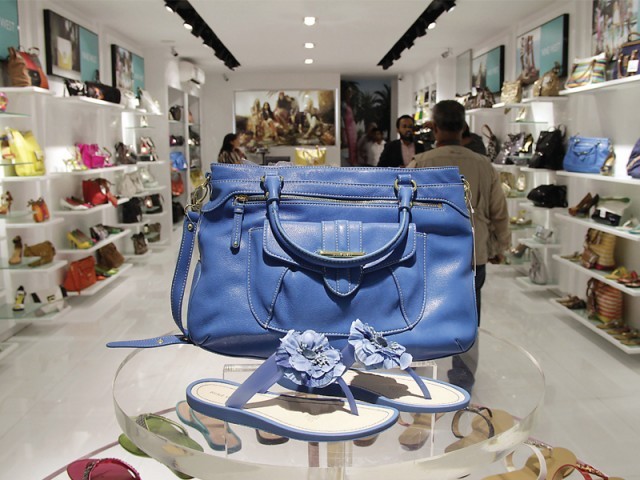 LAHORE: Nine West is a brand that needs no introduction. Since its inception 34 years ago, the high street shoe store has become a household name. Its first outlet opened in Pakistan last year in Karachi and now, its second outlet is open for business. June 10 witnessed Nine West open its doors to Lahore’s illustrious market in Gulberg at Mall 94.

“We are very happy and overwhelmed with the response we are getting from our Karachi outlet. This has encouraged us to expand Nine West outlets and cater to the demanding market of Lahore,” says Aysha Ahmed, CEO Burj Capital. “The appreciation and applause we received during FPW [Fashion Pakistan Week] was astounding and I am pleased to announce that Lahore will soon be followed by some other major cities of the country.”

Along with their entire range of shoes in the Middle East market, the new outlet also houses handbags, clutches and small leather goods. “This is a sub-franchise from Nine West Dubai,” says Asif Karim, Partner Nine West. “The styles and tastes differ in the Middle East from that in the US and hence, we are staying attuned to our market.” The price range is between Rs6,000 and Rs10,000, the same as they are priced in Dubai.

“This is the best market in Lahore,” continues Karim. “Women enjoy spending money on themselves and shoes are a commodity utilised by everyone. A woman wearing a burqa will also indulge in shoes.”

Is your sunscreen blocking Vitamin D?