The return of the old guard

The return of the old guard 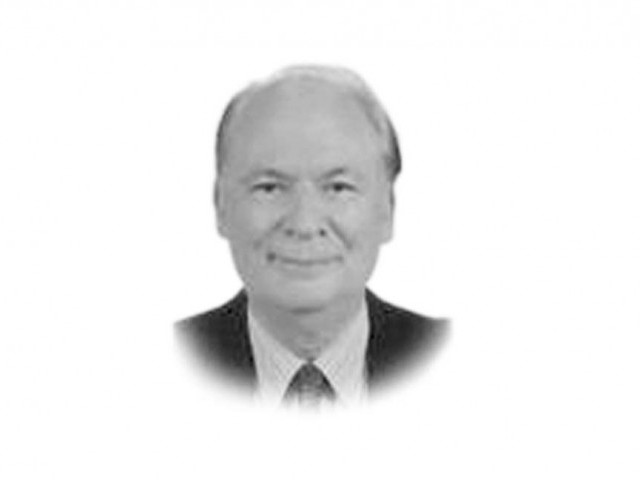 You’ve all read the headlines. And you’ve all formed your own opinion about what is happening in the country. For the chap who plans to write an objective political history of Pakistan — a lot has happened. A democratically elected government managed to complete its constitutional term amid great pomp and ceremony. And members of the newly formed National Assembly gleefully endorsed the action with a pinch of self-administered aversion therapy by vowing to ensure that the country will never again relapse into dictatorship. Mind you, it was a bit theatrical. But that’s the way we do things in our country. Of course, not everybody approved of the fact that we had a president who wore two hats, or his gambit of placating opponents by offering them ministries, or his choice of prime ministers, neither of whom had an ‘O’ level in economics.

But in terms of political rectitude and amending the system, nothing has really changed. There has been a minor reshuffling of mugshots at the centre where Nawaz Sharif has replaced the PPP leadership on an avalanche of popular votes. But the PPP is back in Sindh. And Qaim Ali Shah has taken the oath for the third time. The Thinking Man is now expecting another round of musical chairs with the MQM. But the change that was promised to the people by Imran Khan, who at one time, looked as if he was going to break the glass on emergency ideas, never came, much to the disappointment of wide swathes of voters who were certain he would win.

Charges of alleged massive rigging in Karachi, the rest of Sindh and Punjab in what is easily the worst managed national election since 1970, are still there and will not go away. The electoral results produced a permanent rictus of shock and disdain. Imran Khan’s supporters now have no choice but to accept the verdict with stoicism. The PTI victory in Khyber-Pakhtunkhwa (K-P) came as a huge surprise, but party workers would have preferred a better result in the other provinces. But it was not to be. Talking of the north-west frontier, one of the conspiracy theories that were doing the rounds is that whoever was responsible for the gross electoral manipulation didn’t really bother about K-P, because they knew the ANP would not be returned to power.

One wonders if the electorate in Pakistan will one day behave like its eastern neighbour at election time. In the midst of an avalanche of accusations about corruption, vote buying, dynastic nepotism, ethnic and tribal tensions, elections are held every five years. At the end of the day, the winners are congratulated by the losers. One never hears any squeaks about rigging or intelligence agencies interfering in the election. This is a country where politicians often do a 30-year apprenticeship in a party before they are elevated to a high position, unlike Pakistan, where candidates switch loyalties at the drop of a hat and want to become leaders overnight.

I’ll never forget the time in 2002 when the German government invited me to witness the national election. The contest was between Edmund Stoiber of the Christian Democrats and the head of the Social Democrats, Gerhard Schroeder, who was hoping to be re-elected as chancellor. The rallies and public meetings were peaceful and orderly. The police watched from a distance. That night we learned that Schroeder was forming the government with the support of the Greens. There were no cries of foul play. No appeals to the courts. This is how a democracy works.