Book about 100 legend­ary people from Peshaw­ar who graced Bollyw­ood movies to be releas­ed.
By Hidayat Khan
Published: June 3, 2013
Tweet Email 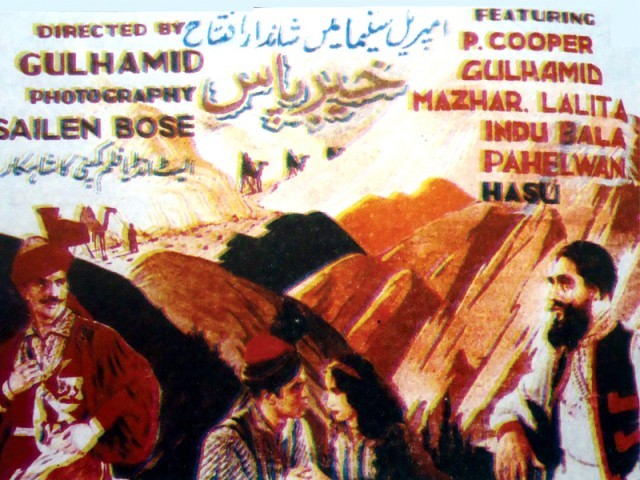 The 600-page book’s release is scheduled to coincide with Indian cinema’s golden jubilee.

Zia has been tirelessly collecting information throughout the last decade. He has tracked down and interviewed people from both sides of the border to identify artists from Peshawar and its surrounding areas who graced the Indian film industry with their acting, singing, writing, directing and production abilities in both silent movies and talkies.

Speaking to The Express Tribune from his small printing press in Mohallah Jangi, Zia said the list he had compiled was not comprehensive. “There are several other people who could not be included because the book had to be published on Bollywood’s 100 year anniversary.”

Zia said he had been a signboard painter earlier and his long association with the film industry in Peshawar motivated him to carry out this project.

Shedding light on the problems he faced during his research, Zia said the lack of an academy to facilitate researchers, absence of records and the relocation of many artists to India created hurdles for him.

“This is our history and I want to protect it because neither the government nor any other institution is working to do the same.”

“I have written several letters to Rishi Kapoor, Vinod Khana and Manoj Kumar but received no response,” Zia said. “Only Haroon Rasheed and Sagher Sarhadi from Bollywood remained in contact with me and helped me collect the information. They even provided some pictures.”

The writer said he found four female actresses and singers from Peshawar who worked in Bollywood-Madhobala, Zaibun Nisa, Gulshan Ara and Achla Sajdev.

Apart from Peshawar, no other part of the country, has such a huge number of artists in Indian cinema, Zia claimed.

Aside from facing problems during his research, Zia also had issues in getting the book published. “I do not have enough financial resources to publish it, so I am only going to print a few copies through my own publishing house,” he explained.

Zia has penned two other books, one on the history of Peshawar and another on painting and calligraphy in the city.

According to Zia, around 100 artists, who worked in Indian cinema between 1913 and 2013, are featured in the book. Zia said he will continue his research and include other artists in the next edition.

“I have seen good days in this city when there were several cinemas and signboards for upcoming films,” Zia said, adding the city was now marred by violence. He expressed hope his book would show the world the people of Peshawar neither as violent nor as ultra-conservative as projected by Pashto films.

Provisions for patients: Hospital chiefs step up after CM’s orders