Britis­h police arrest Ashraf Islam on May 23, the day after a Britis­h soldie­r was killed in Woolwi­ch, London.
By AFP
Published: June 2, 2013
Tweet Email 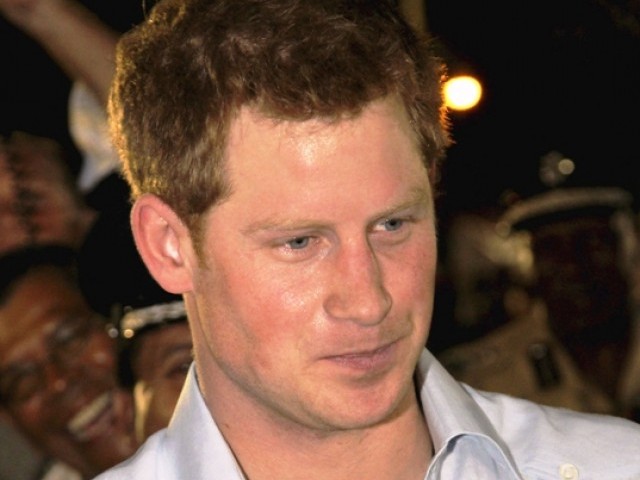 LONDON: A man is being held in custody Sunday after admitting threatening to kill Britain’s Prince Harry, police said Sunday.

Ashraf Islam, 30, was arrested on May 23 — the day after a British soldier was butchered to death in a London street in a suspected extremist attack — after attending a west London police station.

Harry, 28 — a British army attack helicopter pilot who has served two tours of duty in Afghanistan — is third in line to the throne.

Ashraf was charged on Saturday with threatening to murder the prince, contrary to Section 16 of the 1861 Offences against the Person Act.

That section states: “A person who without lawful excuse makes to another a threat, intending that that other would fear it would be carried out, to kill that other or a third person shall be guilty of an offence and liable on conviction on indictment to imprisonment for a term not exceeding 10 years.”

Ashraf, of no fixed abode, appeared in custody at Uxbridge Magistrates’ Court in west London later Saturday and pleaded guilty. He was remanded in custody to be sentenced on a date yet to be fixed.

The British police’s Counter Terrorism Command investigated the case but no terror charges were brought against Ashraf.

Al Qaeda chief warns attacks on US in ‘everyone’s reach’