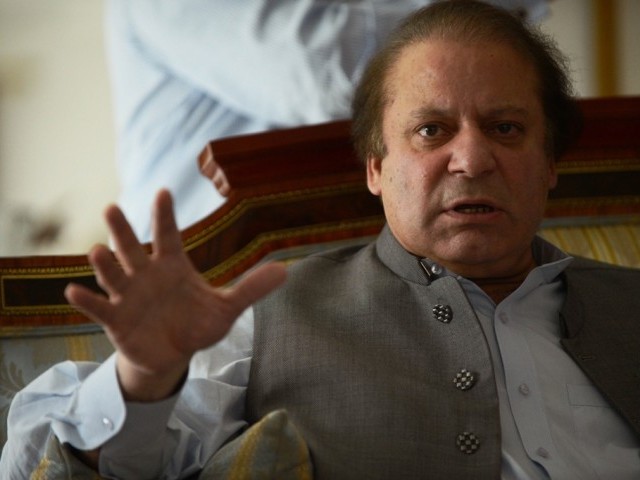 Nawaz said the drone attack was not only a violation of the country’s sovereignty but also a violation of international law and the UN Charte. PHOTO: AFP/ FILE

Incoming Prime Minister Nawaz Sharif voiced dismay and disappointment on Friday over this week’s US drone attack – the first one since the May 11 election and days after  US President Barack Obama revised his government’s policy on the use of unmanned aircraft.

Nawaz said the drone attack – which incidentally killed Tehreek-e-Taliban Pakistan’s deputy chief – was not only a violation of the country’s sovereignty and territorial integrity, but also an action that has been declared a violation of international law and the UN Charter.

The premier-in-waiting’s sentiments were conveyed to US Ambassador Richard Olson by a close aide, who stressed in his conversation with the US diplomat that the drone attack, coming within days of President Obama’s ‘crossroads’ speech was highly regrettable, particularly as Obama had spoken of initiating a new policy that would ensure greater exercise of care and caution in the use of drones.

The aide also pointed out that meaningful consultations and close cooperation between Pakistan and US should be the desired course of action, rather than unilateral measures.

The drone attack has reignited discourse on the future policy direction of the new government with PML-N’s senior leader Chaudhry Nisar Ali Khan, saying his party will evolve a joint national policy on drone attacks, while taking all stakeholders on board.

“The policy related to the drone attacks will be formulated after taking all the political parties and concerned stakeholders on board,” Chaudhry Nisar told reporters outside the Parliament House. He said the PML-N will draw up a national policy on the drones issue in light of these consultations.

Maintaining that drone attacks were against the country’s sovereignty, Chaudhry Nisar said that they are also a key hurdle in the way of maintaining regional peace.

The PML-N now faces a daunting challenge in convincing the US to halt its drone campaign in the tribal areas.

Drone strikes: Khattak asks Centre to come out with a clear policy