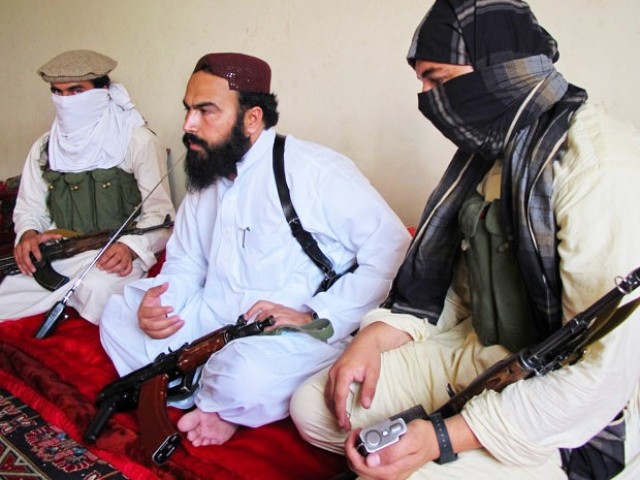 PESHAWAR: A US drone strike killed the number two of the Pakistan Taliban, Waliur Rehman, in the North Waziristan region on Wednesday, three security officials said in what would be a major achievement in the fight against militancy.

The drone strike killed seven people, the security officials said, including Taliban deputy commander Waliur Rehman, in the first such attack since a May 11 general election in which the use of the unmanned aircraft was a major issue.

Waliur Rehman had been poised to succeed Hakimullah Mehsud as leader of the Pakistan Taliban, a senior army official based in the South Waziristan tribal region, the group’s stronghold, said in December.

Intelligence officials said that Mehsud’s brutality had turned his own subordinates against him, while the more measured Rehman had emerged as the group’s primary military strategist.

“If a leader doesn’t behave like a leader, he loses support. For the longest time now, Hakimullah has done the dirty work while Waliur Rehman is the thinker. Taliban fighters recognise this,” said the first Pakistani military source.

Tehreek-e-Taliban Pakistan (TTP)  have launched devastating attacks against the Pakistani military and civilians.

Drone casualties are difficult to verify. Foreign journalists must have permission from the military to visit the tribal areas along the Afghan border.

The security officials and Pashtun tribesmen in the northwestern region said the drone fired two missiles that struck a mud-built house at Chashma village, 3km east of Miranshah, the region’s administrative town.

They said seven people were killed and four wounded.

“Tribesmen started rescue work an hour after the attack and recovered seven bodies,” said resident Bashir Dawar. “The bodies were badly damaged and beyond recognition.”

The Pakistan government had yet to confirm Waliur Rehman’s death. A US drone killed Pakistani Taliban commander Baitullah Mehsud in 2009.

US President Barack Obama recently indicated he was scaling back the drone strike programme, winning cautious approval from Pakistan, a key ally in the US fight on militancy.

A Pakistani Foreign Ministry official, speaking before the identity of the Taliban number two had been revealed, condemned all such strikes.

“Any drone strike is against the territorial integrity and sovereignty of Pakistan and we condemn it,” the official, who declined to be identified, told Reuters.

North Waziristan is on the Afghan border and has long been a stronghold of militants including Afghan Taliban and their al Qaeda and Taliban allies.

Prime Minister-elect Nawaz Sharif said this month that drone strikes were a “challenge” to Pakistan’s sovereignty.

“We will sit with our American friends and talk to them about this issue,” he said.

Obama’s announcement of scaling back drone strikes was widely welcomed by the people of North Waziristan, where drones armed with missiles have carried out the most strikes against militants over the past seven years, sometimes with heavy civilian casualties.

The strike also coincided with the first session of the newly elected provincial assembly of Khyber Pakhtunkhwa.

Imran Khan’s Pakistan Tehreek-i-Insaf party won most seats in the assembly and denounced the strike, saying Obama had gone back on his word.