PTI chief says his party would offer public suppor­t to Nawaz if he fulfil­ls his respon­sibili­ty on the matter.
By Web Desk
Published: May 31, 2013
Tweet Email 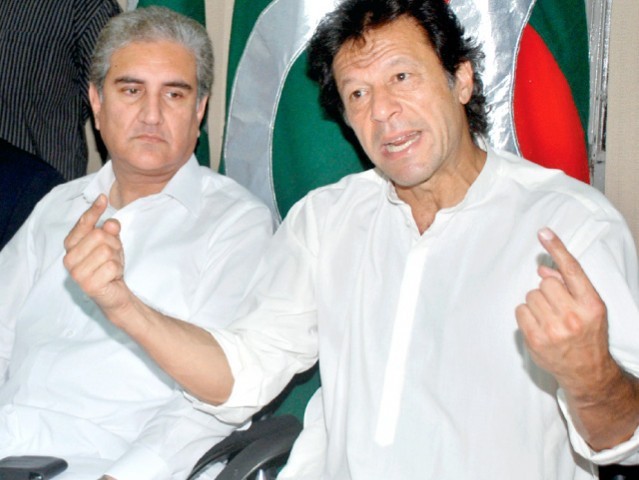 On a day when the Tehreek-e-Taliban Pakistan (TTP) withdrew their offer of talks after their high ranking official was killed in a drone attack, the Pakistan Tehreek-e-Insaf chief reiterated his campaign slogan of shooting down the unmanned aircraft.

The PTI, in a statement from their Punjab chief, urged the Prime minister-elect Nawaz Sharif to realise that he had been given a mandate by the people  against drone attacks. The PTI chief said that if the US cannot be convinced to stop drone attacks, then the state should shoot them down.

Despite taking up seats on the opposition benches, Imran said that his party would support the government in fulfilling their responsibility on the matter before adding that drone attacks will not be tolerated at any cost.