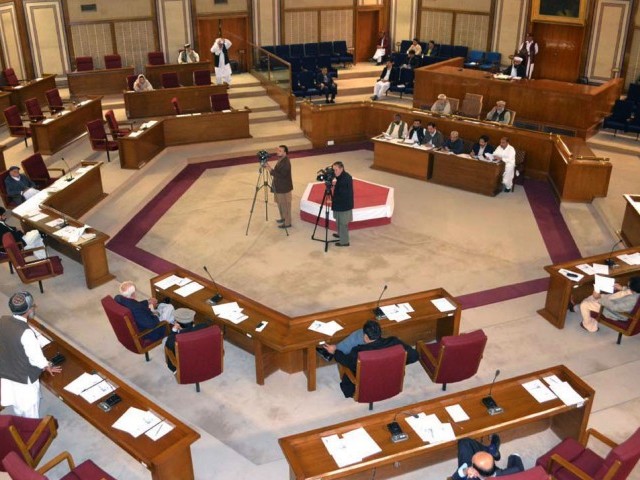 In a surprising move, almost all political parties in Balochistan, apart from Pashtunkhwa Milli Awami Party (PkMAP) and National Party, have demanded re-polls in Balochistan. Rejecting the results of the May 11 general election, they termed it a well-thought-out scheme of the establishment to declare certain groups victorious.

The PkMAP and NP won the highest number of seats among the Balochistan-based parties.

PkMAP, with 10 seats, and NP, with seven seats, are going to be part of the provincial government led by the Pakistan Muslim League-Nawaz, which won nine seats in the provincial assembly.

The leaders of the APC said that they lost their trust in the election commission tribunals, suggesting, instead, that an impartial and autonomous commission, comprising a Supreme Court judge, investigate the misconduct of elections.

They said that the ECP had failed to protect and implement its rules and regulations across the country generally and particularly in Balochistan; therefore, hidden forces, polling staff and others connived to help a particular ethnic group succeed in the elections.

They said that Chief Election Commissioner Fakharuddin G Ebrahim had ensured them during his visit to Quetta that no bogus votes would be cast and if any proof of a single bogus vote was produced, stern action would be taken against the RO, Presiding Officer and other concerned authorities. However, despite mass scale rigging, no action has been taken by the ECP, they maintained, while demanding the chief justice to take suo moto notice.

The leaders also demanded the formation of a judicial commission, comprising of a judge of apex court, to award stern punishment to those involved in rigging.

They also accused NADRA and security forces of collaborating in rigging process.

The APC announced to launch a protest movement from May 26 onwards against the alleged rigging.