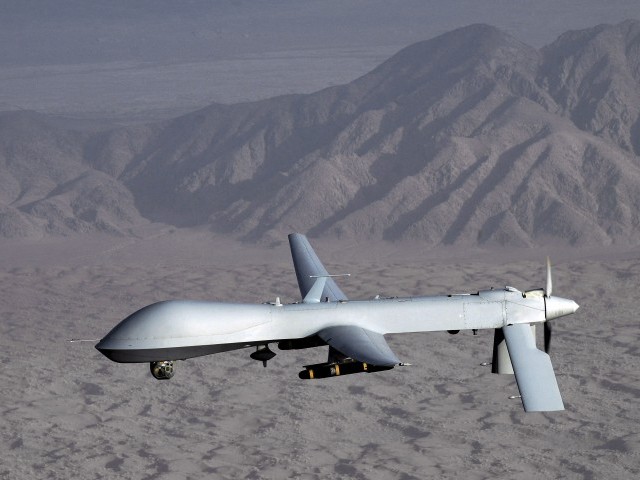 Drone strikes have continued despite the ongoing flood crisis in the neighbouring regions.

In the first attack, drones fired three predator missiles at a vehicle in Lawara Mandi area of tehsil Datta Khel in North Waziristan. A second attack was also reportedly carried out in Datta Khel area.

The third attack was carried out at Tarmanu road in North Waziristan in which five missiles were fired, killing three people. Two people were also injured in the attacks.

Despite the ongoing floods crisis, the CIA has picked up the pace of its missile strikes against militants with back-to-back attacks against terror targets in the country’s northwest region.

The air strikes have raised fresh concerns among some Pakistani officials that the agency is resuming its lethal campaign at the worst possible moment – in the midst of a humanitarian crisis that has submerged one-sixth of the country and left at least six million people homeless.

For a 20-day period, between July 25 and August 13, the CIA failed to launch any missile strikes at all, the longest such period this year, according to an analysis by the Long War Journal, a publication that closely tracks the drone campaign. Before the hiatus, the CIA had mounted 49 attacks in 2010, amounting to an average of about two a week.

The US missile strikes have killed about 100 people since September 3, while over 1,100 people have been killed in more than 130 drone strikes in Pakistan since August 2008, including a number of senior militants.