‘Un-Islamic democracy’: The other election campaigning

‘Un-Islamic democracy’: The other election campaigning 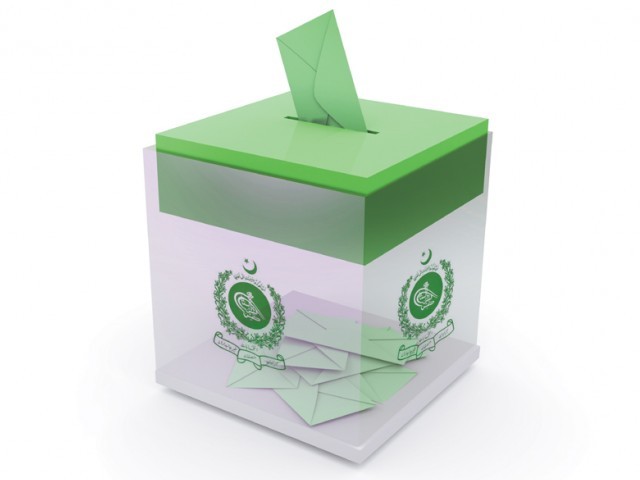 According to some legal experts, such behaviour is not just foolish, but a violation of the Constitution requiring the Election Commission of Pakistan’s notice.

While the major political parties have ramped up their electioneering as polling day fast approaches, at the same time a raft of smaller groups, most of them religious, have stepped up campaigns calling for the scrapping of democracy and elections altogether.

These campaigns appear in pamphlets and banners and backs of rickshaws. Some call democracy un-Islamic and demand a caliphate, while others decry elections as a mechanism controlled by the rich and powerful and devoted exclusively to their benefit.

Among these anti-democratic parties are the Pakistan Awami Tehreek headed by Dr Tahirul Qadri, the Tanzeem-i-Islami founded by the late Dr Israr Ahmed, the Hizbut Tahrir (which is outlawed in Pakistan), Sautul Ummah, Tehrik Azmat-i-Islam, and the Pakistan Ehtisab Party.

Though he has taken part in previous elections, Dr Qadri has asked his supporters to stage sit-ins on election day. In various statements, he has described the “corrupt system of elections” as a “nuisance” which will be followed by more corruption and more terrorism.

He has also insisted that he is not against democracy, but the “corrupt election process” in Pakistan.

Sautul Ummah makes no such distinctions. It says democracy is an un-Islamic import from the West and wants it replaced with a caliphate. Two common messages written on flexes at the back of rickshaws sponsored by the group are, ‘Leave democracy, bring Caliphate’ and ‘Will the country given to us by Allah have the rule of Allah or the rule of Parliament?’ Tehrik Azmat-i-Islam, a religious group based in Lahore, is sponsoring similar messages advertised on rickshaws.

The SU has also taken up a letter-writing campaign. It has written to various politicians and asked them to refrain from becoming part of the “anti-Islamic” democratic system. In one letter, it advises PTI chief Imran Khan to work to set up a caliphate in Pakistan, as that would be the work of a “true Muslim”.

The Pakistan Ehtisab Party, also based in Lahore, does not have religious motivation for its campaign.

The party is demanding that martial law be imposed in Pakistan while politicians are held accountable for their actions. The party has put up various banners in the city, most noticeably one displayed in front of the Lahore Press Club building a few days back. ‘We demand that the chief justice of Pakistan and Chief of Army Staff General Ashfaq Parvez Kiyani impose martial law in the country and send all politicians behind bars.’ The banner also calls for a boycott of the May 11 elections.

According to some legal experts, such behaviour is not just foolish, but a violation of the Constitution requiring the Election Commission of Pakistan’s notice.

He said that Article 218 (3) of the Constitution required the Election Commission to stop any move that created a hindrance in the way of elections.

The Ahmadi community and some Christian groups have also decided to boycott the elections, in protest at religious discrimination.