Actor says she’s having the best time shooti­ng for the 2 States and Highwa­y.
By IANS
Published: May 4, 2013
Tweet Email 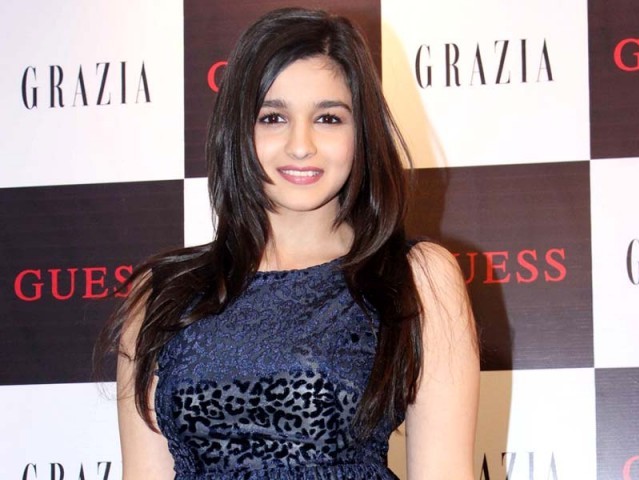 "Highway is releasing on December 13 and 2 States will release next year in April. But I am having the best time shooting [for the films]," said the 20-year old said on Thursday.

Actor Alia Bhatt, who debuted with Karan Johar’s Student of the Year, has wrapped up one schedule of 2 States and is set to start the next schedule of film-maker Imtiaz Ali’s Highway with co-actor Randeep Hooda.

“Highway is releasing on December 13 and 2 States will release next year in April. But I am having the best time shooting [for the films],” said the 20-year-old said on Thursday at the launch of Maybelline babylips kiss song. “I have just wrapped up the schedule of 2 states and came back last night. I had the greatest time and I am going to shoot Highway now. I can’t wait for you all to see them,” she added.

Bhatt, the brand ambassador of Maybelline, also endorses Coca-Cola along with her Student of the Year co-stars Varun Dhawan and Siddharth Malhotra, and an eyewear brand. “Endorsement is fun because you appear in an ad for 20-30 seconds and try and sell the product.”

“Every day, when a shoot ends, I just want more. I want to shoot for another day or two. So every day when they say ‘pack up’, I exclaim, ‘No I want more’,” said Bhatt. “I will start shooting for Highway in about five days and enjoy the experience again.”

Highway is a Sajid Nadiadwala production and the shoot began in March this year. It is the story of two completely different individuals who take a road trip in a truck, whereas, 2 States, based on Chetan Bagat’s novel 2 States: The Story of My Marriage, is about a Punjabi boy who falls in love with a Tamil girl, and the ensuing cultural clashes between them and their families.

Bhatt is paired with Arjun Kapoor in 2 States, which is being directed by  Abhishek Verman and co-produced by Johar and Nadiadwala.

Did you know: Marvel Studios plans for female superhero film?