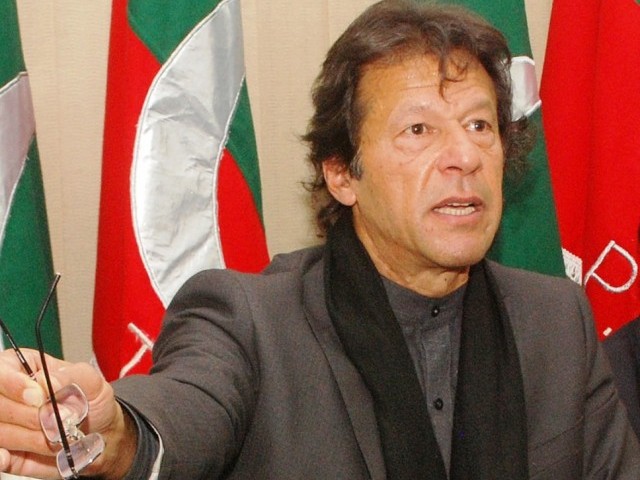 In a widely accessed video message, the Pakistan Tehreek-e-Insaf (PTI) chief Imran Khan said that he would neither revise nor repeal any current laws pertaining to the Ahmadi community, since these were in consonance with his personal beliefs.

The PTI chief’s message came as a clarification to another popular video in which a woman named Nadia Ramzan Chaudhry, introducing herself as a PTI office bearer, approached the spiritual leader of the Ahmadi community in Britain to encourage his community to vote for the PTI.

In response, the PTI chief made it clear that he had not asked anyone from his party to enlist support from the Ahmadi community, adding that the removal of the stated clauses of the constitution was “not part of PTI’s agenda.”

The PTI chief said that those who do not believe that the Holy Prophet (PBUH) was the last prophet of Islam cannot be Muslims. However, Shireen Mazari, the party’s information secretary, quickly clarified that this does not mean that Imran “sanctions violence against minorities”.

Political analyst Rasul Baksh Rais is of the view that Imran’s personal belief will do little to add to the Ahmadi community’s plight. “The community is indeed suffering, but it is suffering because of clauses in the constitution.”

“If Imran seeks to repeal these laws, it would lead to more violence against the Ahmadis.”

Meanwhile, the PTI gathering at Shakargarh was marked with a routine hitting out against the Pakistan Muslim League –N (PML-N). This time round, the Sharif family’s heavy security deployment came under fire.

“Up to 1260 security personnel at the expense of Rs 200 million are being engaged for one family’s security,” said Imran to a crowd in the city of Narowal District, Punjab.

(With additional input from online)