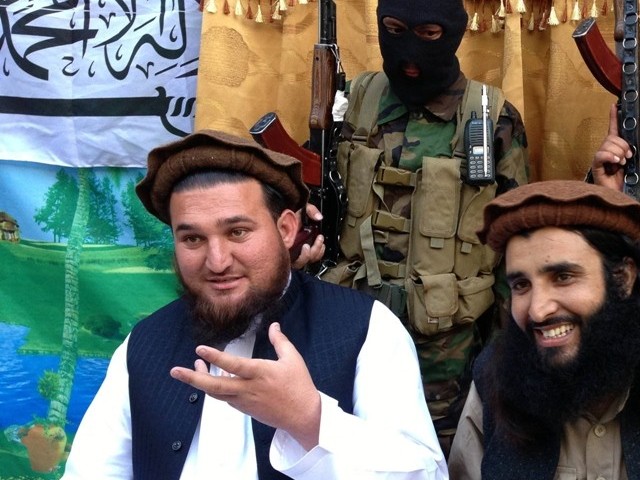 It was the decision of TTP’s central shura to take revenge from those who were behind the killings of people in the tribal regions, says TTP spokesperson. PHOTO: AFP

ISLAMABAD: The outlawed Tehreek-e-Taliban Pakistan (TTP) has defended its attacks politicians, claiming that they were targeting liberal political parties for their secular ideology and support for military operations.

“The first reason for attacking political parties is their secular doctrine. The second reason is that they were responsible for burning Fata, Swat and Khyber-Pakhtunkhwa,” said TTP spokesperson Ehsanullah Ehsan in a statement.

He claimed that the Pakistan Peoples Party (PPP), Awami National Party (ANP) and the Muttahida Qaumi Movement (MQM) were responsible for the “displacement of millions of people, the plight of the Pakhtun, for abandoned villages and destroyed mosques,” adding that the TTP would avenge the oppressed.

Describing the May 11 parliamentary polls as ‘so-called general elections’ being held under a secular democratic system, Eshan said Pakistan “came into being under the banner of an Islamic doctrine, while elections are based on a secular doctrine. The two are contrary to each other because Islamic laws and values come from Allah Almighty, while the secular doctrine comes from Rousseau, Kant and Bentham.”

Claiming responsibility for the series of bomb attacks on politicians in Karachi, Peshawar, Swabi and Kohat, the spokesperson said that “a man cannot be secular and Muslim at the same time.”

When asked separately as to why the TTP was not targeting other political parties, including religious parties, Ehsan told The Express Tribune that it was the decision of TTP’s central shura to take revenge from those who were behind the killings of people in the tribal regions.

Earlier, the TTP spokesperson had rejected a religious edict (Fatwa) by Pakistani religious scholars declaring the casting of vote as ‘compulsory under Islamic injunctions’ declaring it an attempt to fool the masses.