Electioneering: Nawaz promises a sovereign Pakistan, if voted to power

Electioneering: Nawaz promises a sovereign Pakistan, if voted to power

PML-N chief says he will end the ‘econom­ic paraly­sis’ of the nation.
By Shamsul Islam
Published: April 28, 2013
Tweet Email 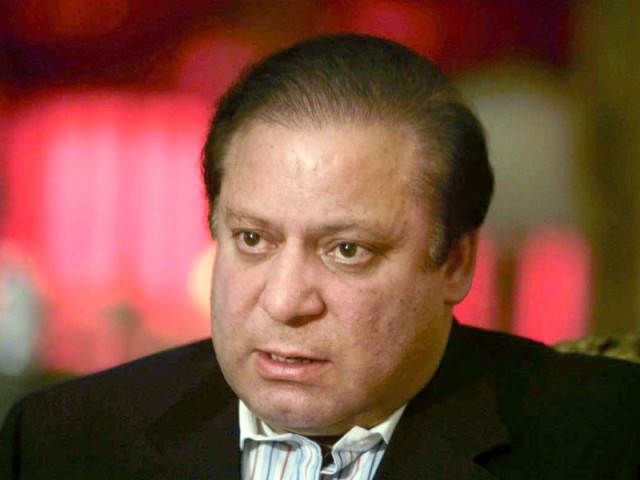 PML-N chief says he will end the ‘economic paralysis’ of the nation.

PML-N chief Nawaz Sharif promised on Saturday a sovereign, economically sound Pakistan in which each citizen can live a life of dignity, if his party is voted to power in the May 11 elections.

“After coming to power, Shahbaz Sharif and I will not sit in the Prime Minister House in Islamabad. Instead, we will stand with the people of Pakistan, shoulder to shoulder,” he said, while addressing a public rally at the Municipal Stadium in Jaranwala, some 30 kilometres away from Faisalabad.

“Only I understand the agony of people. What the oppressed and depressed classes are going through is an unprecedented economic crisis … and only I can resolve your issues,” said Nawaz. “I am not power-hungry. I only want to see Pakistan as a real nuclear power where people live with honour and dignity.”

The PML-N chief also recalled the days when his party was in power. “When I was the premier in 1997, there were no power outages, unemployment, terrorism, lawlessness or economic crises,” he said. “The country was moving on the road to progress. However, the military adventurism of [Pervez] Musharraf derailed the process …What a pity! I made the country a member of the nuclear club, but the unconstitutional removal of my government pushed the nation back into the Dark Ages.”

He added that during PML-N’s five-year tenure in Punjab, the socio-economic conditions of the people improved significantly. “All decisions were made transparently, strictly on merit,” he added.

Once again, Nawaz reiterated his plans to provide loans and  offer assistance to entrepreneurial youth, in a bid to curb unemployment and poverty.

He expressed satisfaction over the turnout at the gathering. “Judging from your enthusiasm I am confident that my party will emerge victorious in the May 11 elections,” he said.

In this vein, he appealed to the people of Jaranwala to support PML-N candidates if they want to see an end to the current economic paralysis.