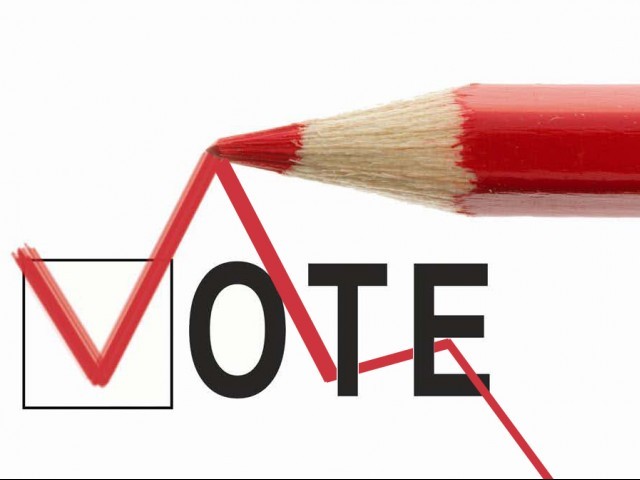 The judge directed the ECP to submit a reply by Tuesday (today) and also sought appearance of NADRA’s technical director. PHOTO: EXPRESS

The LHC on Monday directed the Election Commission to explain why postal ballots could not be made available for general public before the upcoming  general elections.

Arshad Mahmood had filed a petition through Advocate Shahid Pervez and submitted that millions of overseas Pakistanis were unable to vote through postal ballot as provided under Section 29(1) of the Representation of People Act 1976.

He said the postal ballot should be available to all registered voters whether in or outside Pakistan.

The petitioner prayed that Section 29(1) of the Act be declared unconstitutional as therein the right of postal ballot had been given only to government servants, their families, prisoners and officials on election duty.

The judge directed the ECP to submit a reply by Tuesday (today) and also sought appearance of NADRA’s technical director.

Improving care: ‘It will lead to more trust in our hospitals’