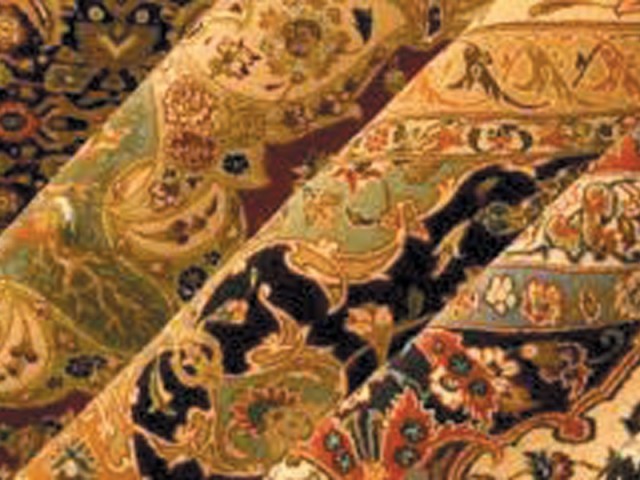 SHANGHAI: Carpet buyers from around the world thronged the Pakistan pavilion set up at an international fair held last week in Shanghai. The DOMOTEX Asia/CHINAFLOOR, took place from the March 26-28 at the Shanghai New International Exhibition Centre (SNIEC) in China. It hosted more than 1,200 exhibitors from 35 countries, in 11 exhibition halls covering 127,000 square metres. Around 42,000 visitors from China and all over the world visited the event, the fifteenth edition of the event.

“This was the second time Pakistani carpet companies attended this exhibition as an official Pakistan Delegation” Zafar Hasan, Pakistan’s Consul here said adding that “Twenty five companies with about fifty five delegates participated”. He pointed out that the Pakistan Pavilion was spread over 500 square metres. A large number of buyers from mainland China and abroad visited the Pakistani stalls, the consul general said. He added that almost all the carpets put on display were sold by the end of the exhibition. All necessary facilities and assistance were provided by the Consulate General, including setting up stalls, bookings and other related work.

The consul general inspected the site prior to the exhibition and supervised the preparation. Later, he inaugurated the ‘Pakistan Pavilion’ and met all the delegates. Necessary publicity was also carried out by the consulate to attract maximum number of visitors to the Pakistan Pavilion. The delegates appreciated the personal interest of the consul general and the consulate in their successful participation in the mega event. The Trade Development Authority sponsored the event and also established an information desk.