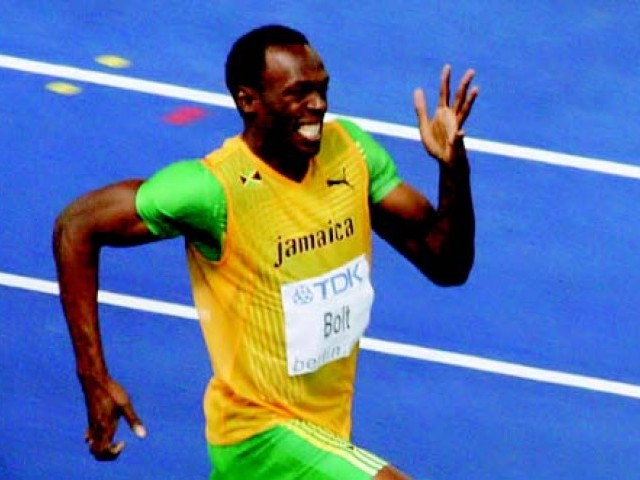 KINGSTON: Jamaican sprint hero Usain Bolt continued his low-key early-season programme on Saturday, running in the heats of the 4x400m relay at the Gibson Relays athletics meeting. Bolt clocked a 45.7seconds split running the third leg for the Racers Lions squad, which won their heat in 3:06.9 ahead of a Dominican Republic team that was timed in 3:08.6. Bolt spectacularly defended his three gold medals – in the 100m, 200m and 4x100m – in the London Olympics last summer. The runner’s decision to skip Saturday’s final was the plan all along, his coach Glen Mills said, telling journalists he was ‘only down to run the heats’”. In the final, double Olympic sprint silver medallist Yohan Blake collected the baton for Racers Lions some 10 metres behind and couldn’t close the gap. A Racers Track Club squad won in 3:03.74 while the Lions finished in 3:04.00.