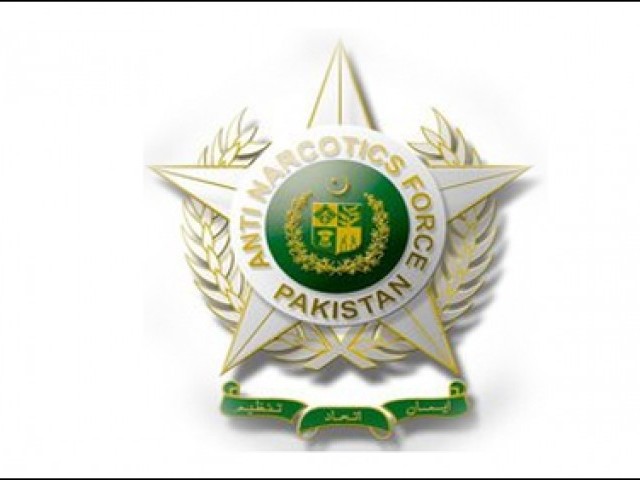 ANF could not provide solid evidence against other suspects in the scam. PHOTO: anf.gov.pk

The Anti-Narcotics Force (ANF) on Friday submitted a final charge-sheet in a trial court, accusing seven persons, including MNA Ali Musa Gilani and industries minister Makhdoom Shahabuddin, of their involvement in the ephedrine scam. Former health secretary Khushnood Lashari and two others were declared absconders.

Tauqeer Ali Khan, alleged to be the front man for Ali and Shahabuddin’s agent Anjum Shah were also declared absconders. All the accused had been granted bail by the courts.

According to the ANF, in 2010 the Islamabad-based Danas Pharmaceutical Company and Berlex Pharmaceutical obtained 9,000 kilograms quota of the controlled chemical from the health ministry for export to Iraq and Afghanistan. Later, they got the export quota converted for local consumption and allegedly smuggled ephedrine to Iran with the help of smugglers in Quetta and Karachi, earning Rs7 billion.

Former health DG Dr Rasheed Juma and Danas Pharmaceutical’s former director Rizwan Khan became approvers. According to their statements, they admitted that Danas and Berlex had been allocated huge quotas of ephedrine under pressure from Ali and Shahabuddin. The court adjourned the case till March 8.

Last June, an ANF magistrate had issued arrest warrants for Shahabuddin when he was in the process of submitting nomination papers for the prime minister’s slot after Gilani’s disqualification.