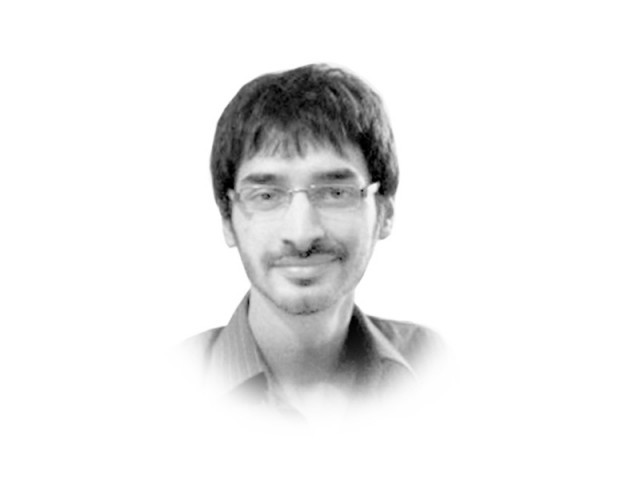 The writer is Web Editor of The Express Tribune and tweets @Jhaque jahanzaib.haque@tribune.com.pk

Even those outside of the ‘liberal-fascist’ viewpoint are now beginning to understand that the months-long ban on YouTube is suspect, and few believe this issue is about blasphemous content anymore. The question is, who benefits from the YouTube ban in Pakistan?

Actually, there is quite a long list of those benefitting from the ongoing blockage of YouTube, including some very powerful players.

First of all, we have the establishment, who are reaping multiple benefits from the ban. The blockage of the video hosting site ensures that we no longer have terrorist outfits and banned organisations, ranging from the Tehreek-e-Taliban Pakistan to Baloch nationalists, uploading daily or weekly video updates from within the country of alleged battle conquests, soldier beheadings, or worse, videos of men dressed in Pakistan Army uniform torturing people. On the one hand, the spread of the militant/extremist/separatist narrative has been blocked, while on the other, the negative PR against the establishment has been stemmed as well.

Secondly, we have the political parties breathing a collective sigh of relief with YouTube banned. Time and again, YouTube has proven to be a deadly thorn in the side of the political elite, increasingly so, over 2012, as more and more people started to understand that the online channel gave individuals the power (for good or ill) to attack, mock, even expose the wrongdoing of those in power. The little guy (along with the conniving guy) realised there was little chance of being caught uploading videos to YouTube, and a high probability of the content snowballing via social media all the way into traditional media.

Whether it was private phone conversations between politicians and their secret lovers, or yelling “Shut up” or cursing at a gathered crowd, or even your face crudely plastered on the body of a dog, the threat of YouTube fuelled by mobile phone access across Pakistan has left politicians paranoid and genuinely fearful of (ironically) the democratising effect of these technologies. Additionally, let’s not forget that some political parties are now directly threatened by the more web-savvy parties who have learned how to use YouTube to their advantage.

Thirdly, we have the media elite who are sitting pretty with the YouTube ban in place. Traditional media has built a rocky relationship with YouTube. On the one hand, YouTube is a gold mine of crowd-generated content and also provides a place for the media to take its own content’s reach further than ever before, and allow for unlikely social change (think Rangers Karachi killing video). On the other hand, whether it is in the form of the Maya Khan debacle, the Aamir Liaqat Geo scandal or the daily pummeling mainstream anchors and media owners take via YouTube videos bashing or exposing them, those that have the real power in the media are not happy, till now.

The pattern emerging is clear. The YouTube ban is a classic attempt, albeit in a new arena, by those in power to maintain the status quo by blocking access to information. The public has allowed them to do this because the ban was initially framed in the name of religion. While the world moves ahead to more nuanced political and social systems, it seems Pakistan is still living in a Karl Marx textbook.

Unfortunately for the powers that be, this system — as exemplified by this ludicrous ban on YouTube — will not hold. The way forward is democracy, which signals the end of such autocratic shenanigans. The Internet in particular is a largely democratic, if somewhat anarchic system, and all overt blocks and bans will prove futile. If YouTube is banned, people will find a way around it or find new online spaces to operate in. Ban Facebook? Ban Twitter? Ban all sites disseminating information contrary to the agreed upon narrative? Best be prepared for a backlash, because ‘democracy is the best revenge’.