German, French envoys reflect on more than 50 years of friendship

German, French envoys reflect on more than 50 years of friendship

Studen­ts at a semina­r get a chance to learn about the landma­rk treaty.
By News Desk
Published: January 25, 2013
Tweet Email 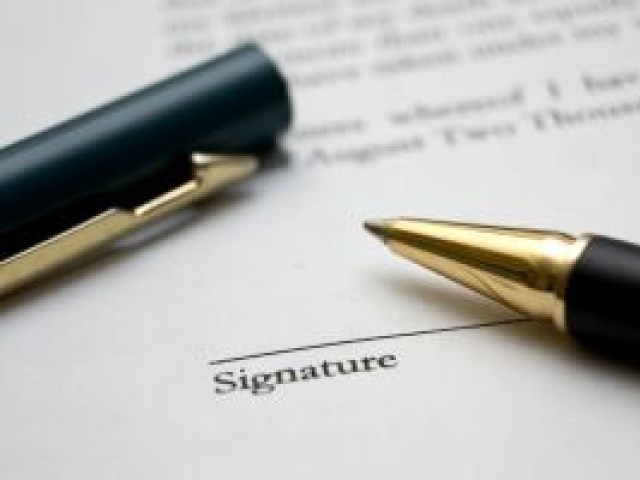 Students got a chance on Thursday to learn about the Elysee Treaty signed between Germany and France in 1963, said a press release issued by the French embassy.

German Ambassador Dr Cyrill Nunn and French ambassador Phillipe Thiebaud shared their ideas on the treaty, also known as the treaty of friendship. The treaty served to reconcile the two nations, ending centuries-old rivalry between them.

QAU Vice-Chancellor Dr Muhammad Masoom Yasinzai was also part of the panel that discussed the treaty. The seminar was also attended by Pierre Mayaudon, Deputy Head of the European Delegation.

Dr Yasinzai said the French-German cooperation is the main engine of the European Union.

Ambassador Nunn highlighted the importance of leadership. General de Gaulle and Chancellor Adenauer had a clear vision for a united Europe and were able to convince the people of the benefits of good and close relations between France and Germany. Since then, the two countries have learned to compromise in order to achieve progress, in particular with regard to the strengthening of a united Europe, he said.

Ambassador Thiebaud focused on the historical context and significance of this treaty, which was signed in the wake of the Cold War tensions. In his view the treaty, which defined the organising principles of the relationship between two century old enemies, was the result of political will and courage on both sides.

The treaty, he underlined, was revolutionary not only because it institutionalised regular meetings between state representatives
but also because it recognised the importance of youth,
and civil society in general, in building sustainable bridges between two populations.

Since 1963, the common projects developed across the border, from a bi-national brigade in the defence sector to joint business success stories such as Airbus, have demonstrated working together was in the interest of all European states, he said.

Attending students had the opportunity to ask the many questions they had about the history of the relationship and its relevance to the South Asian context.