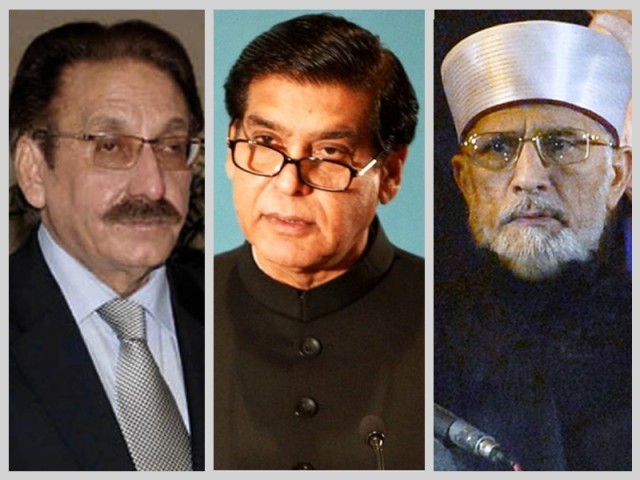 As #longmarch, #KSE, PM Ashraf and #tuQ began trending on twitter, local twitterati began to put the pieces together.

While Tahirul Qadri called for a revolution in Islamabad, in an interesting turn of events,  the Supreme Court of Pakistan ordered Prime Minister Raja Pervaiz Ashraf’s arrest in the rental power case.

The local twitterati begged to differ as they began buzzing about a well-thought out conspiracy.

As #longmarch, #KSE, PM Ashraf and #tuQ began trending on twitter, the local twitterati began to put the pieces together.

Is the Supreme Court of #Pakistan mounting a judicial coup in league with Tahirul Qadri?

Coincidence much? Tahirul Qadri had been asking for SC to have say in formation of caretaker govt – also called PM ‘former PM’ earlier today

Asma Jahangir: Only a naïve person will think that there’s no connection between order for PM’s arrest and #TuQ‘s protest.

I wish Christopher Nolan would’ve directed this movement. Qadri to PM: Do you feel in charge? #tuQ #longMArch

Qadri did tell us last night that the PM was ‘ex’ now. Guess he knew something we didn’t. Probably had a vision about what CJ would announce

If #TUQ‘s purpose was to destabilise Pakistan, then the #LongMarch has succeeded

#LongMarch attendees fall in Sajda & offer Nafal of thanks after decsion of the order to Arrest PM Ashraf in 24 hrs comes in. #TUQ

No business as usual with Pakistan: Indian PM