Government has till morning to resign, dissolve assemblies: Qadri

Government has till morning to resign, dissolve assemblies: Qadri

Says his protes­t will be staged in front of Parlia­ment. Takes oath from partic­ipants to stay till "change" comes.
By Web Desk
Published: January 15, 2013
Tweet Email 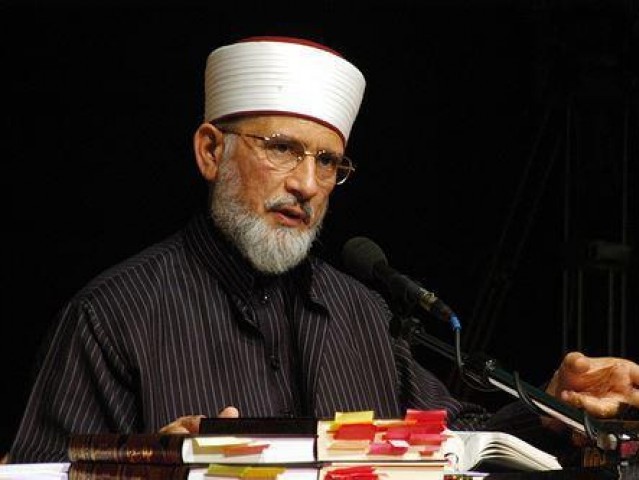 A file photo of MQI chief Tahirul Qadri taken during one of his religious lectures.

ISLAMABAD: Reaching his Islamabad early on Tuesday morning, the destination of his Long March, Tahirul Qadri gave the government an ultimatum for voluntarily resigning and dissolving the federal and provincial assemblies by 11 am on January 15, and let the people’s revolution take root in the country.

Speaking in a harsher than expected tone, Qadri congratulated the gathered crowd of tens of thousands over completing the long march peacefully. “The march has ended and now the revolution will begin.”

After he settled himself in a bullet proof cabin, the Minhajul Quran International chief said that they had announced their decision to hold their rally in front of Parliament house. “They had given me three venues to choose from to hold the march. I said no to them. I said that I will only end the march, and hold my demonstration in front of the Parliament.”

Rehman Malik had agreed, had given me a gentleman’s promise that the stage will be set up in front of Parliament house. I told him to have the Supreme Court and diplomatic enclave sealed off using containers so as not to disturb them,” Qadri said.

“By tomorrow the government federal and provincial should voluntarily dissolve the assemblies, for from tomorrow, the people will make the decisions.”

He also warned PEMRA to stop blocking television channels in Islamabad and Rawalpindi, warning the regulator of dire consequences.

Qadri took an oath from those gathered that they will stay at the protest location till change comes.

The MQI chief said that he will give the inaugural address of his revolution at 11 am on Tuesday.

Prime Minister Raja Pervez Ashraf directed the commissioner of Islamabad to extend assistance to women and children who are participating in Qadri’s “million man” march.

MQM to set up medical camps

Muttahida Qaumi Movement (MQM) chief directed his coordination committee to  set up camps in Islamabad to provide food and medical care to participants of the long march.

The dharna begins: The tipping point?